The house I’m staying in is crazy.  There may be some pictures on the Shiro Oni website, but not as detailed as what I’m going to give you.  The residency itself can house 10 people and guests if need be.  There are 3 floors here and roof access.  Let’s look at some pictures! 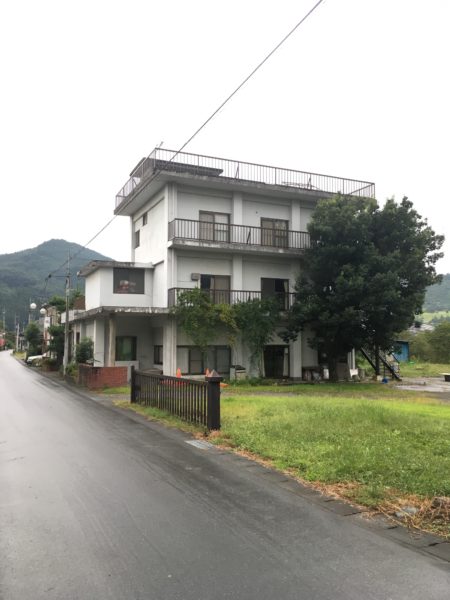 It just finished raining and it’s chilly.  The fall is coming but it’s cycling between hot and cool.  Hot days are HOT and I’m usually dehydrated.  My ankles still look like sausages from a couple of days ago. 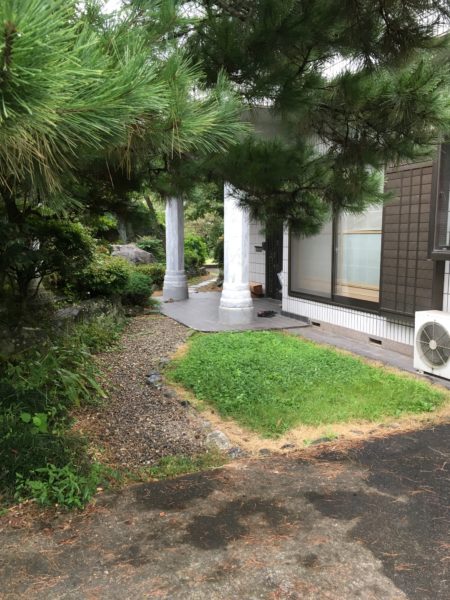 The entrance to the house. 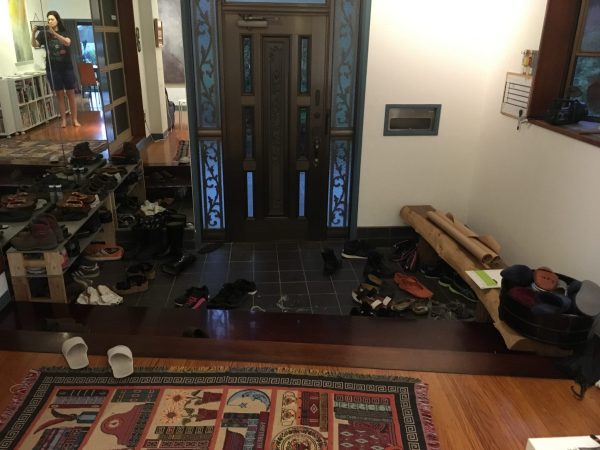 Here’s the entryway.  It’s all shoes.  It smells like shoes.  Hey look – there’s me! 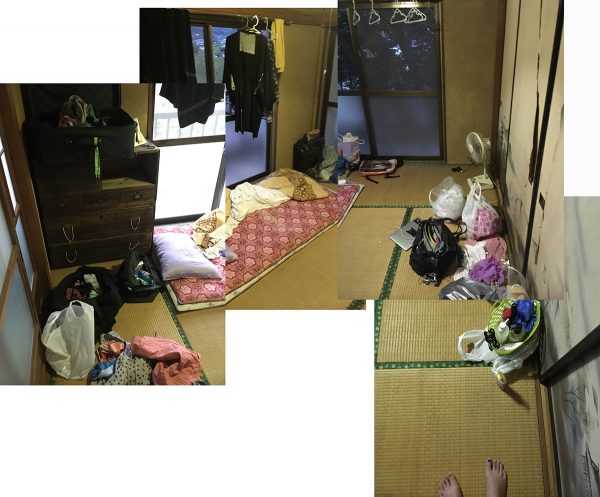 This is my tiny room.  (Cankles for scale.)  I chose this room because it has a cool view of the mountain.  That pink blob is my futon on the floor.  I didn’t consider that I’d have to fit Ryder in here.  It’s going to be cozy.  I miss him so much that’ll be welcome.  I’ll double up the futons and it will be similar to a full sized bed.  This means I’m going to get punched in the face a lot (Ryder’s an active sleeper) but I’m willing to put up with that if it means I get to see him.  Crap to the left is my clothes.  Crap at the end of the futon is crap I’ve bought.  Crap in front of me is more crap I’ve bought.  Crap immediately at my shitty ankles is my shower caddy.  Oh shit, wait till you see this shower! 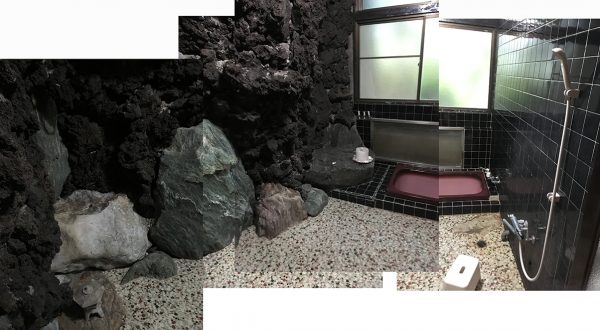 I think the story is that the previous owner of the house was a stone dealer.  This shower is bigger than the room I’m sleeping in.  Like, a whole army of men including Chris Pine, Chris Pratt, Leonardo Di Caprio, Colin O’Donahue, Channing Tatum, Cillian Murphy, Justin Timberlake, Ryan Reynolds, my husband, and myself could fit in there.  Like, we’re talking all at the same time!  The tub doesn’t work but that’s ok because it’s an awkward shape and size. Were one to use it, one would have their knees folded up by one’s ears.  It’s not perfect but if you overlook the little details it feels luxurious.  (This paragraph is for you Lisa. Just imagine the shower full of guys without me and Ryder in it.  That would be gross.  Ok you can imagine Ryder in there too but just this once.) 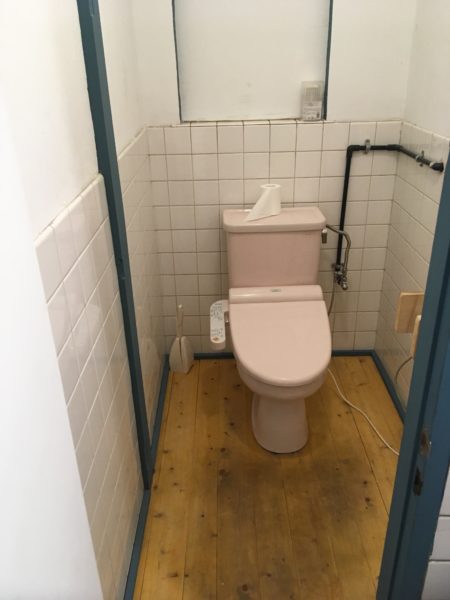 The toilet rooms are small, just enough to house you and the toilet. 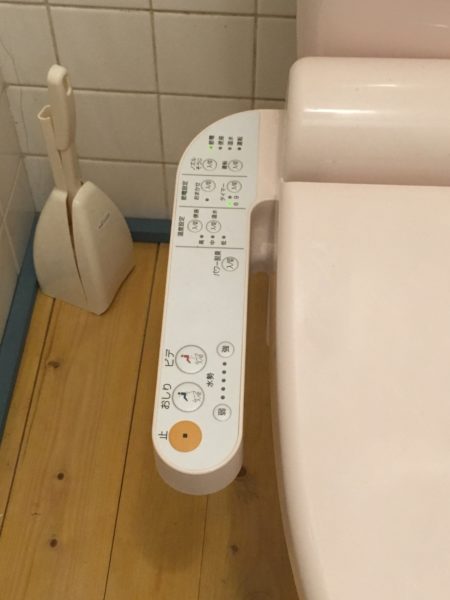 I haven’t pressed all of the buttons but the streams of water that come from the buttons I have pressed are disturbingly accurate. 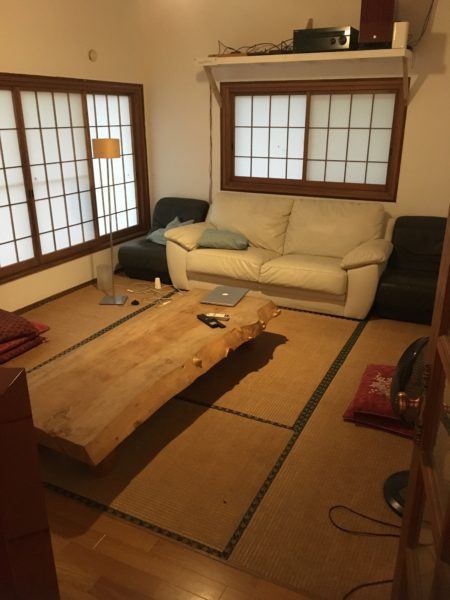 This is a hangout room to the right of the kitchen.  I sometimes blog at that table and I’ve had several Japanese lessons in here.  There’s a couch but most of the time I’m sitting on a zabuton on the floor. 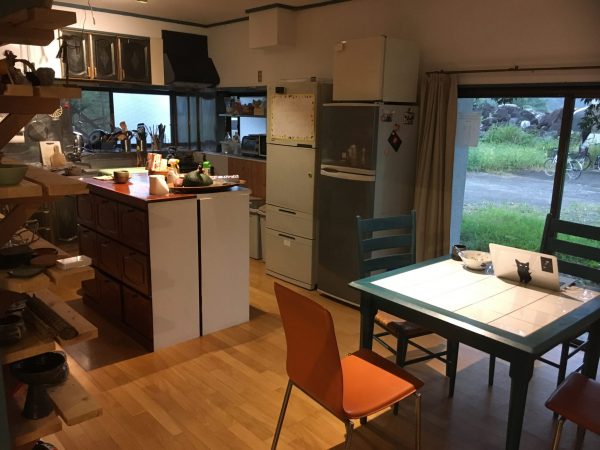 Kitchen and small dining area.  That’s my laptop by the window.  That’s where I’m sitting right now.  There are two full refrigerators to my right.  With 8 people living here we only get a small portion of the fridge.  That means we have to hop on our bike and ride a couple of kilometers to the grocery store every other day or so.  Not complaining. 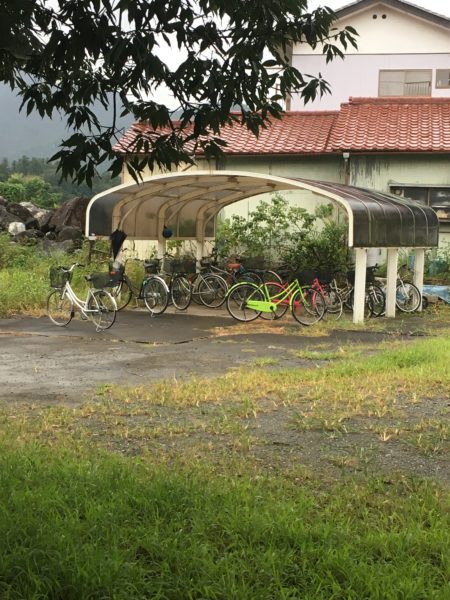 Here are our bikes.  Can you guess which one is mine?  Go ahead and guess. 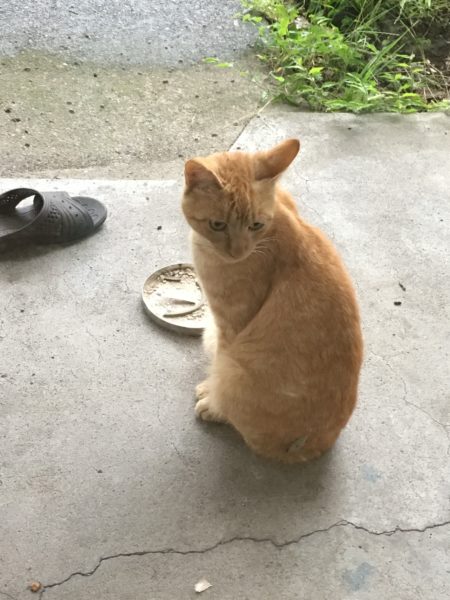 This is Cookie.  He’s one of the friendlier strays around here.  He’s a mess but I’ve got him begging for love at the door at 5:30 in the morning when I come down.  My cat-petting hands are magic.  Poor Ryder cannot keep up with our own love-starved cats without me there.  He says he has to come home 3x a day just to pet them.

Here’s a video walk through that Kjell made a few years ago.  He filmed it in the winter when everything looks dry though.  It doesn’t do this place justice.  Still, it’s neat to see the inside of a Japanese house and it’s cool to see it empty-ish.  I’ll watch it a few times after I’m back home just to relive the memories.