Skipped a couple of days while I dis- and re-combobulated in Seville.  Worried enough on the day of travel and even offered a small amount of salty tears to appease the cruel entity that cares for me while I am abroad to give me a smooth day.  The Spanish employees at the train station in Madrid were uncharacteristically rude and that made my attempt to get to where I needed to be extra challenging.  I should stress that the majority of people I have come across have been lovely.  I’m distressed that the rude ones work in the places where I am in need of the most help.  Ah well.

Martina (the person who runs A.I.R.Gentum) was a welcome sight when I found her waiting outside of the station in Seville.  She was a fountain of information on the drive to Castilblanco de los Arroyos, and told me all about the upcoming craziness with Semana Santa.  I’ll definitely write about that later.

We are in a small village of about 5000 people, just like my two previous residencies.  I haven’t made it into “town” yet because I haven’t needed to and I did get right to work here.  I hope to get into town tomorrow as I learned there’s a flea market.  Problem is, it’s been raining unseasonably hard here and there’s been flooding.  We’ll see what happens!

So I get to the house… here’s the house: 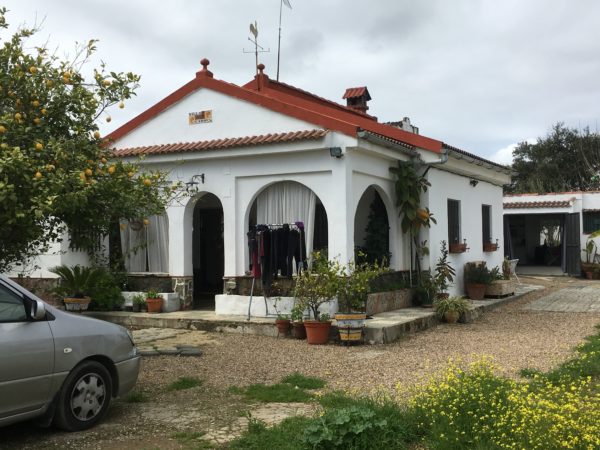 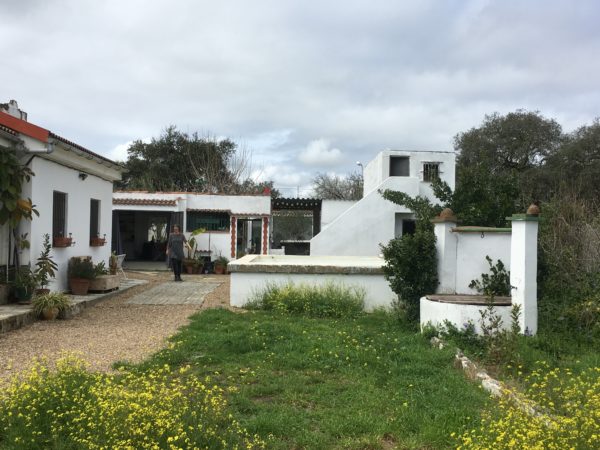 …and I am met by Sandy Lee and Kara, two of the most interesting people I’ve met in a long time, from New Zealand.  Martina (who I’ve never seen not working her ass off) had to leave and situate another artist at a different location so I was left with the NZ’s.  The first thing they did was ask me if I was an artist, which threw me.  “Aren’t we all artists here?”  Nope – they are here doing something called “Help X”.  (But they have been active in the arts before.)  Help X and Work Away are two work exchange programs where people all over the world house and feed people who offer to do specific jobs for the host.  Tasks include but and not limited to helping on a farm, helping babysit and teach kids your language, website work… all kinds of stuff!  Kara and Sandy Lee have taken a year off from their jobs to travel the world and lend a hand.  And they are *handy* let me tell you!  They’re fixing bikes, weeding, harvesting lemons and making stuff with them, keeping fires going in the house and studio.  They’re incredible.  On top of that, they’re hilarious, charming, and adorable.  And c’mon… New Zealand accents!?!?  PLUS… they love Japan as much as I do and they did the work exchange there for 5 months.

The Black Raincoated New Zealander is an invasive species to Spain.  They have no natural enemies here and they prey heavily upon lemon trees.  The lemon tree is now on the endangered species list.

The NZ’s are here to help Martina with the residency.  To my complete surprise, not only is food included in the residency, but Sandy Lee is our gourmet chef!  It’s so nice to not have to make it to the market every other day to buy food and then of course prepare it.  It takes a lot of time away from art making.  It’s a true luxury and I’m very grateful.

Later in the evening, the other resident arrived and greeted me the traditional European way: the two kisses on the cheeks.  Martina did that too and I hope they don’t catch my cold.  My voice is completely gone.  So Sonia is a freaking jeweler and professor.  I can’t believe it.  She’s from Quebec and I’m completely enjoying her company too.  I couldn’t ask for a more interesting and delightful crowd.  Sonia has been here awhile already, but she took a brief trip to Munich for a jewelry convention.  Her show is in about a week, and shortly after that she will leave.  The NZ’s will leave at the same time.  That will be a sad day.

Martina is completely running the show out here.  She wears so many hats I’m dizzy just thinking about it.  I don’t know how she keeps it all straight.  She is a warm, genuine, intelligent person and I feel special that she wanted me to come to her residency.

I haven’t got any proper pics of everyone yet but I will filter them into future posts.

Here I’m working on privacy wear, hiding in plain sight, and spy gadgets.  Here’s a sneak peak of one of my projects. 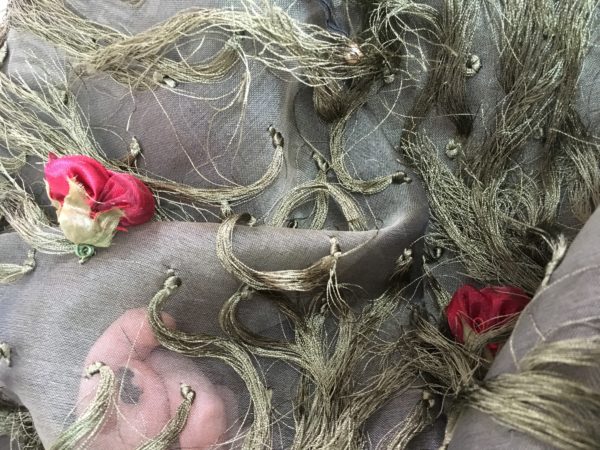 I’ve decided to write about “Lemon Day” in the next post.  We may actually be turning Lemon Day into Lemon Week.  I hope you all can handle the intensity that is Lemon Day.

PS: There are no Spanish eagles, but there are sounds in the distance.