My wife forced me to come to Japan.

The first day was, like, 27 hours of waiting surrounded by people. I woke up at 3:30 AM on Sunday and then traveled a bunch so I could fall asleep at 8 PM Monday in Tokyo. And then wake up at 3 AM. I told my stupid body to sleep 12 hours, but it can only count to 7.

The most fascinating part of the trip is all of the people wearing surgical masks. Here is exactly what one of them looks like. I apologize for the photo-realistic quality of my rendering. I don’t mean to show off, I just can’t help how good I am. 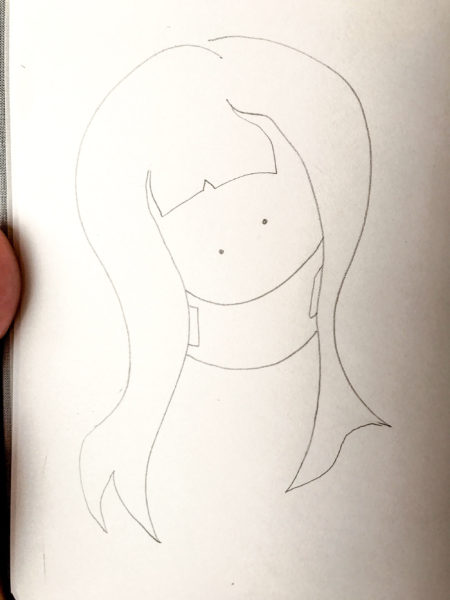 It would be rude to take a photos of these people, so instead I just stare at them while I draw. Naturally, this reduces the creep factor by at least… well, I don’t know how much, but I’m sure it’s a lot. Just so you know, I made you a drawing of how normal it is to draw people in public. 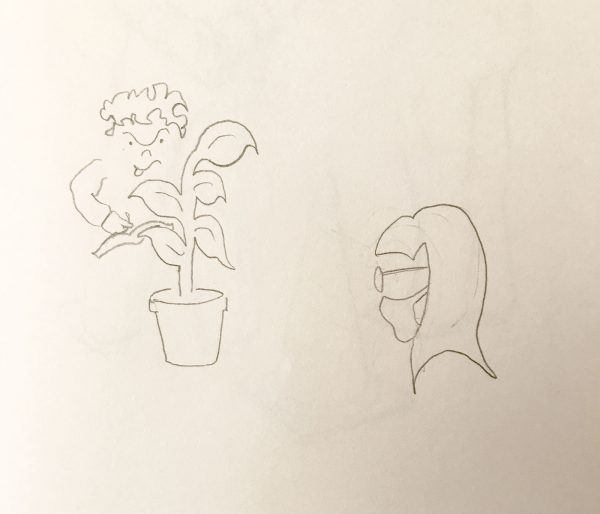 I try to take at least 20 minutes per drawing to ensure quality and accuracy. So, this is all I got done during the 3 hour layover. 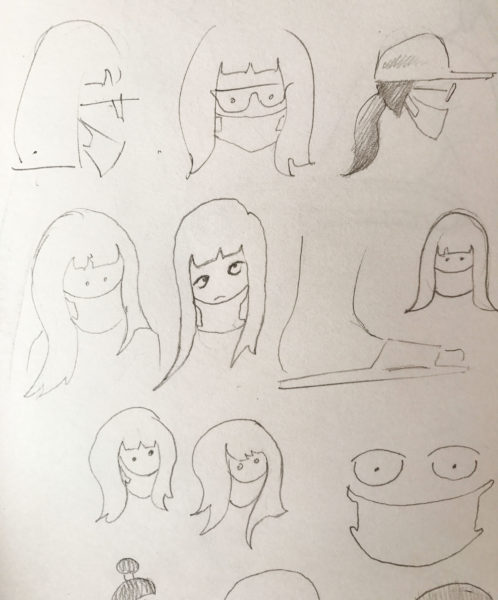 (Ignore that random foot for now, I will go off in a future post on the slipper fixation of the Japanese culture.)

Once I got on the plane it only got worse. More people put on masks. I made sure to sneeze and cough a lot, hoping to proactively fend off whatever diseases they were carrying. I wiped my nose with the back of my hand and then casually reached over and rubbed it on my neighbors television monitor buttons. But she also had gloves. It was like she had flown next to Americans before.

So, this one mask wearing dude looks over at me while I am minding my business, just coughing and drooling and slinging my spittle around while I read Vilem Flusser’s “Post-History.” So I drew a picture of him. 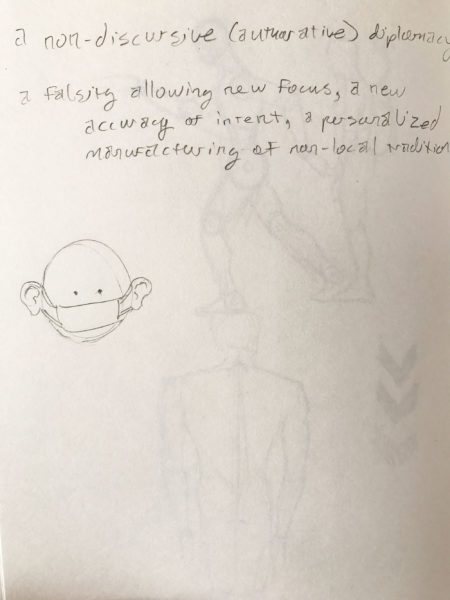 Then the mask wearing lady next to me starts to look at my drawings, so I decided to show her how masks are supposed to be used. Only during a crash. Not just randomly put on and taken off whenever you want to glare at the person next to you. I’m such a good person I was trying to educate her despite her rudeness. 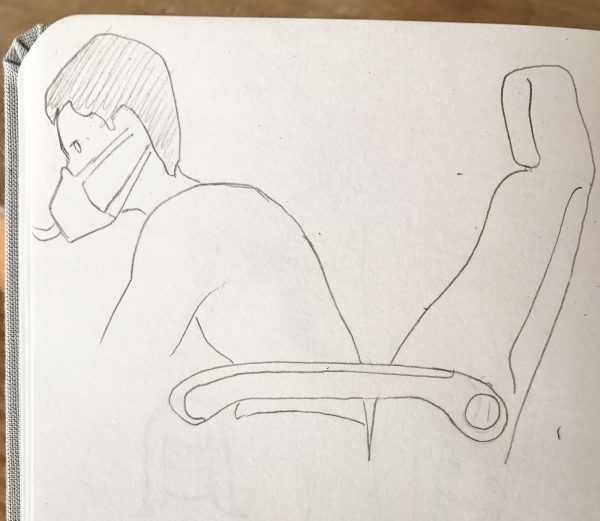 But seriously, I didn’t even think until later that maybe it has to do with halitosis. 12 hours later when I got off the plane I could smell my own breath. 12 free, tiny coffees to balance out the 8 free beers on the flight will do that.

Since being here I have realized Japanese people are super polite. I need to up my game. I am now purchasing a mask for the return flight. I am hanging some of the pine tree air fresheners on it, so it will be, like, double polite. Exponential politeness.

I have become politeness, destroyer of worlds. 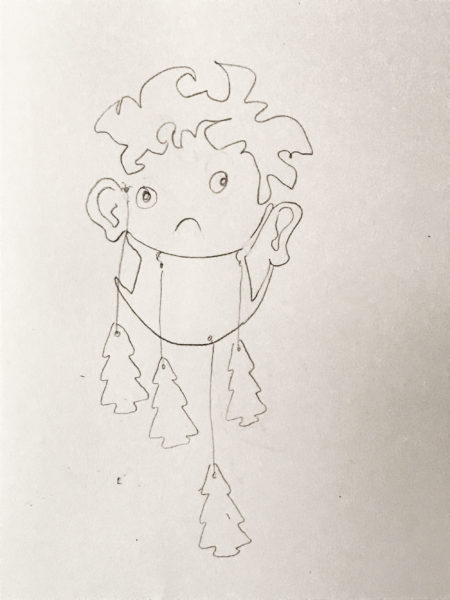 I am pretty sure this will help everyone relax. 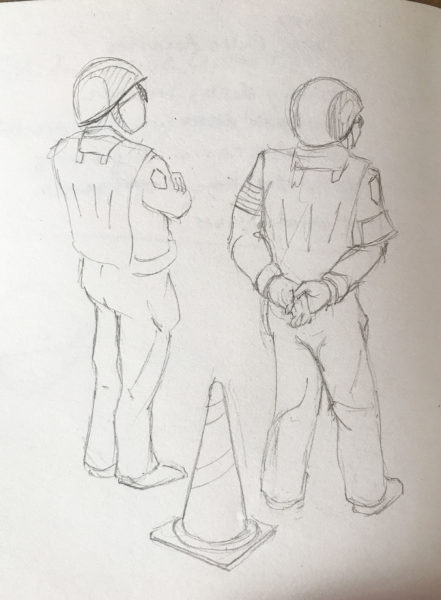