SO… there was a pokemon go event near Amsterdam and OMG I’m going to Amsterdam that day.  Doing the math, that means I’m going to this event, in a foreign country, to catch a kangaroo.  This stupid pocket monster is normally only available in Australia so it’s an amazing opportunity for me to catch two regional pokemon (Europe has a mime) in one place without having to purchase a ticket to Australia.

I planned my visit to Amsterdam with an overnight stay with friends Margaret and Rene who live a little north of the city in a converted house that used to receive small ships.  Margaret and Rene are the Dutch couple I met in the residency in Onishi, but being such a huge people-hater, it took me over 2 hours to warm up to them.  Margaret is a top photographer and Rene is a consultant who helps brand companies to make them more successful and then guides them towards being a better and more responsible business ecologically.  (I had to say this out loud here because I know that Margaret gets patted on the shoulder at the very least and most likely gets a kiss for communicating correctly to me what Rene does.)  I think the Dutch have one of the most ecological cultures I may have ever seen.  They are very ready to embrace ecological responsibilities.

Everything was fine but then I learned that I’m unexpectedly going to meet the man who runs the residency.  Ludger van der Eerden normally lives in Portugal, where he and his wife, Carolien van der Laan, run a larger art residency called Obras Portugal.  He received bad news about his mother who was 92, and had to come back to Holland to make arrangements.  Of course, meeting Ludger and Carolien was good but I wish I could have met them under better circumstances.  They are very kind and interesting people.  I was invited to the funeral and agreed to go… but this meant I had to shuffle plans in Amsterdam.

Fortunately Margaret and Rene were flexible and I came in on Thursday instead of Friday.  I decided to take an earlier train into Amsterdam on Thursday so that I could poke around the city.  I’m suffering from a little bit of an artist’s block so a change of scenery would be good.  In addition, getting a few more warmer pieces of clothing wouldn’t be a bad idea.  I was craving Thai food and found a place close to Central Station that was well rated.  Wandering through the narrow streets I found myself in a predominantly Asian area.  Leave it to me! 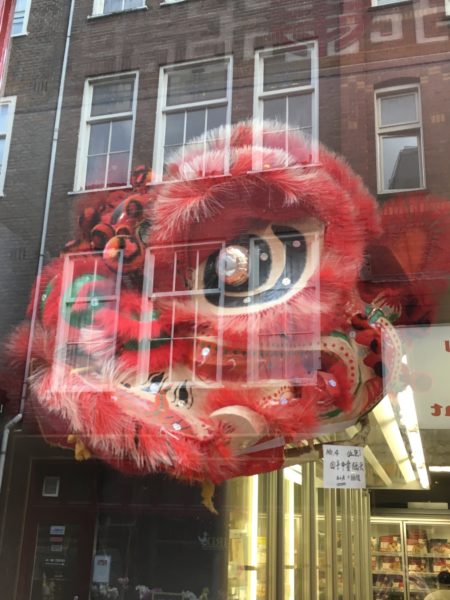 Dragon mask in a window. 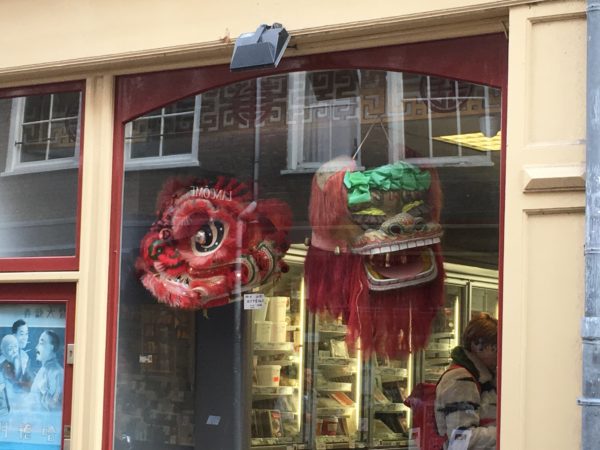 Masks in a Chinese medicine shop.

The Thai food was wonderful but it cost me.  Actually, I’m finding Amsterdam to be more expensive than Tokyo.  Perhaps it’s just the eating out.  On the flip side, I’m really surprised at how inexpensive the food is at the grocery stores.

The thrift store clothes in A’dam are a little more expensive too… and not to my tastes at all. 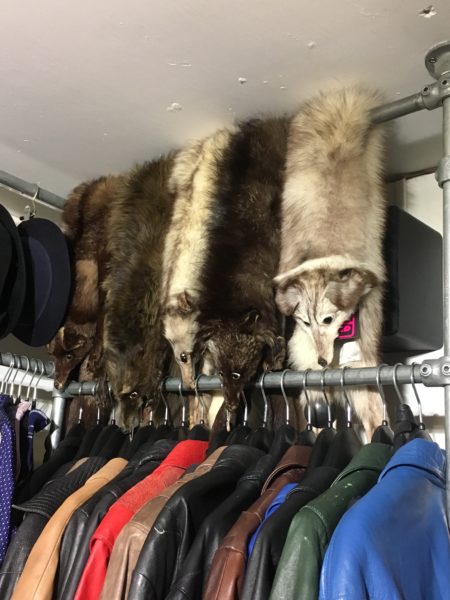 There is a LOT of leather and fur for sale here. 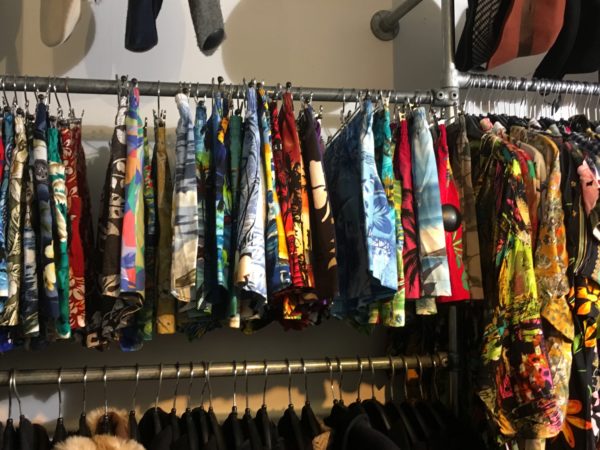 More Hawaiian fixation from another country. 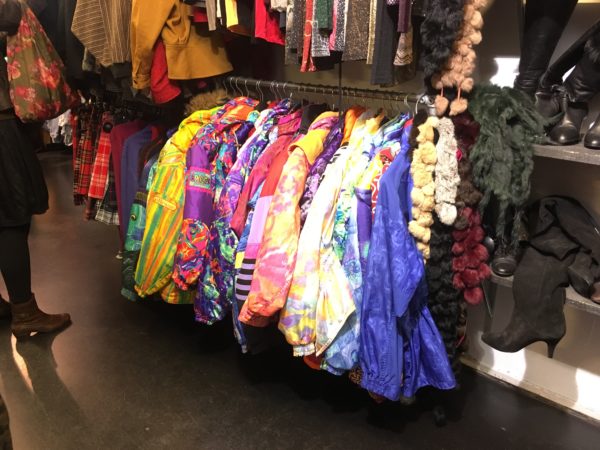 I was just about to take a picture of their huge selection of fur coats when I was told that there are no photos allowed.  No photos allowed in the thrift store?  Are you… afraid someone’s going to steal your used clothing ideas?  Ah well.  Unfortunate.  I had really liked a couple of the fur coats on the hangars enough to try them on.  They were 100 Euros which is roughly $120.  That’s really dang affordable for a real fur coat but both coats I liked made me look like a big box of fur.  They were not flattering at all.  I opted out.

Europe (not just the Netherlands) seems to be really into leather coats of all kinds, including the motorcycle/racing jackets.  I liked quite a few of these.  They also lean towards the cropped jacket, denim, and this ribbed poofy coat thing.  Let me see if I can find an example online. 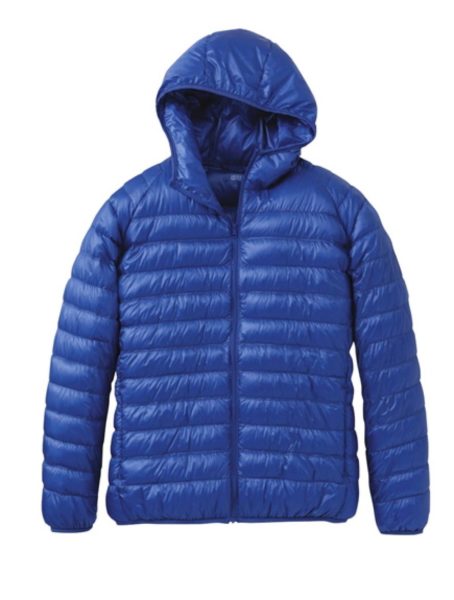 It’s this thing. Not my cup of tea, but they are everywhere here. 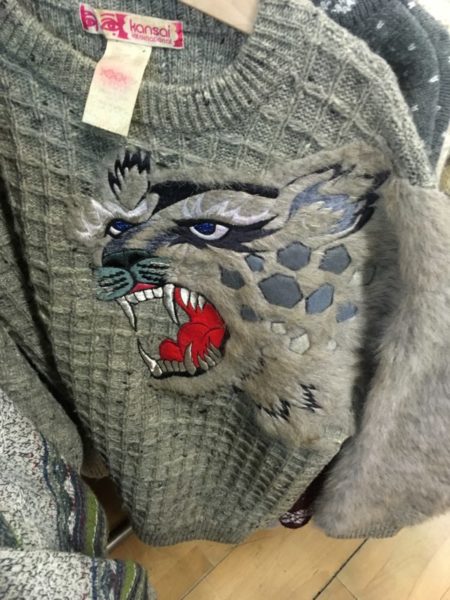 I almost bought this hideous thing because it’s so hideous.  I didn’t.  Ryder is glad.

Came across a flea market in the city but just didn’t feel like haggling.  Might have bought some of these crazy sunglasses (which I was also not allowed to photograph) but there were no prices on them and the lone salesman was busy with another customer. 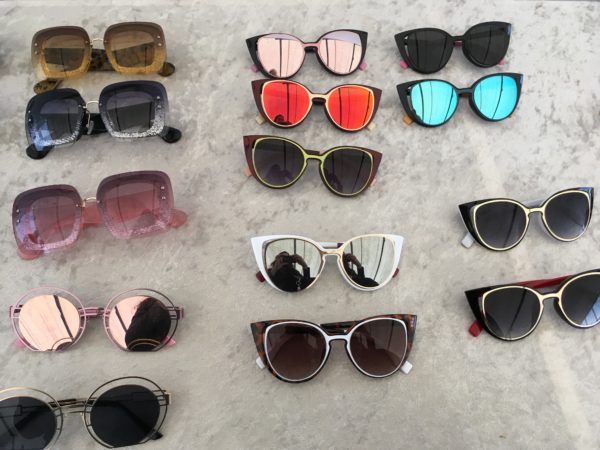 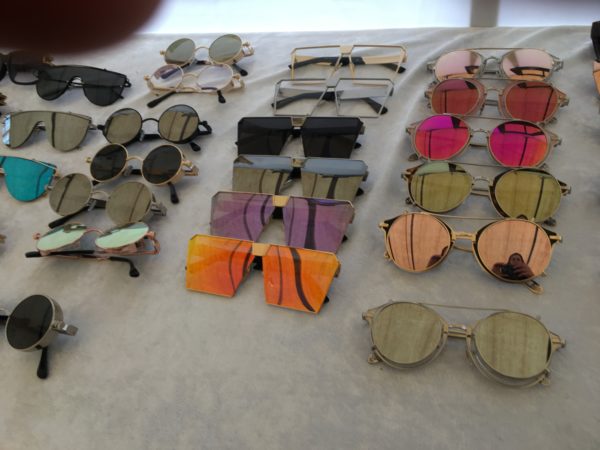 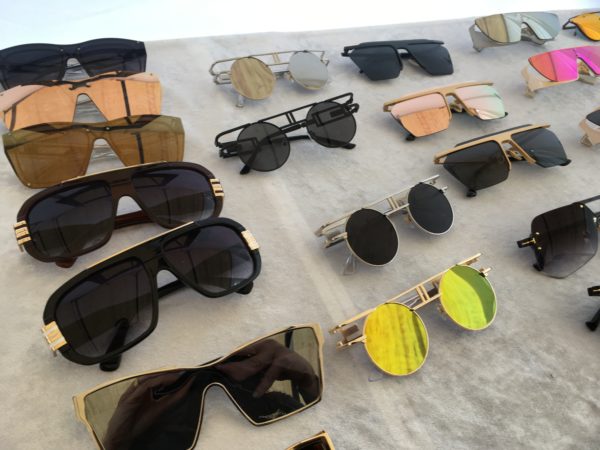 Did some more wandering through the city center. 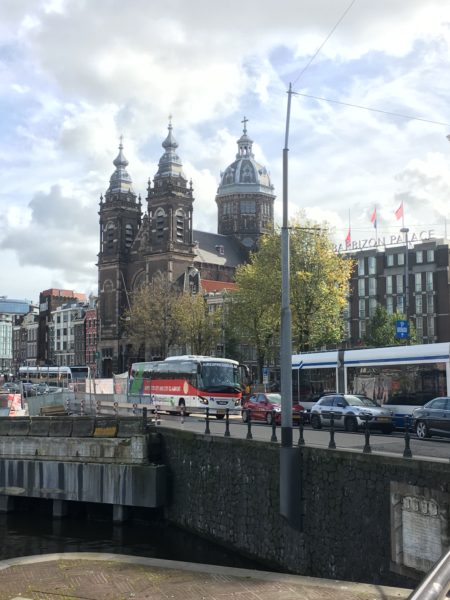 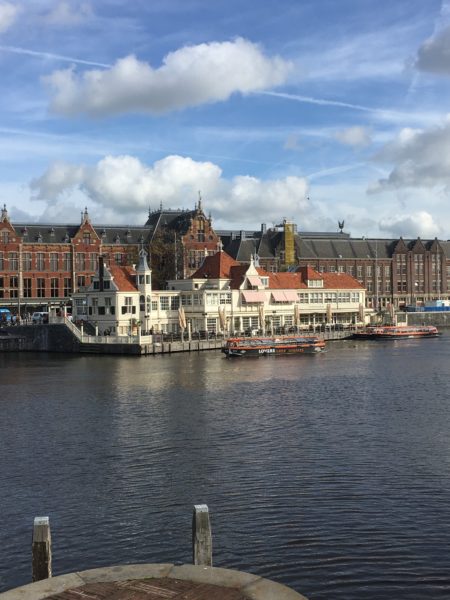 Next, I hopped a train to the south of Amsterdam to meet Rene.  He drove me to their house and tried to point out everything in the dark.  I could only see that there were bodies of water or dark areas of land but this was apparently something very exciting.  What Rene was trying to show me was revealed the next day but I didn’t take any pictures, dammit.  I’ll see what I can find on the internet for you.  Bah.  Can’t find one.  That means I’ll need to see what I see on the train back to A’dam and Eindhoven later this month.  At any rate, what the Dutch do with water over here is mind-blowing.

I stayed in a cool little house of my own behind Margaret and Rene’s place.  Had a nice warm room and bed and slept cozy.  The next day I had a great Dutch breakfast with cheese and bread and fruit.  Margaret took me around the area near where they live to see the canals and the farmland.  Ok – the weird thing about the canals is that they are up above your head.  They’ve taken the water and land and built these canals to operate up higher than the level of the land.  And the farmland is below sea level.  (This is what I don’t have pictures of, but I cannot express enough how surreal it is to have a small ship pass by you from above.) 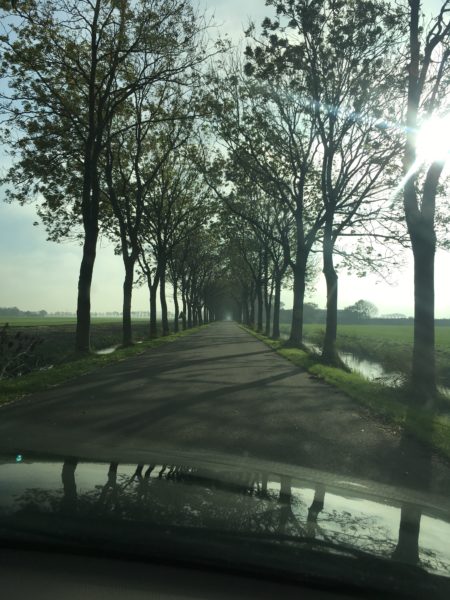 Not a canal or a ship, but there was one nearby!

Then Margaret got a wild hair and decided to take me to Zaanse Schans.  It was a little on the touristy side, we both agreed, but we really enjoyed it.  Look – here we are enjoying it. 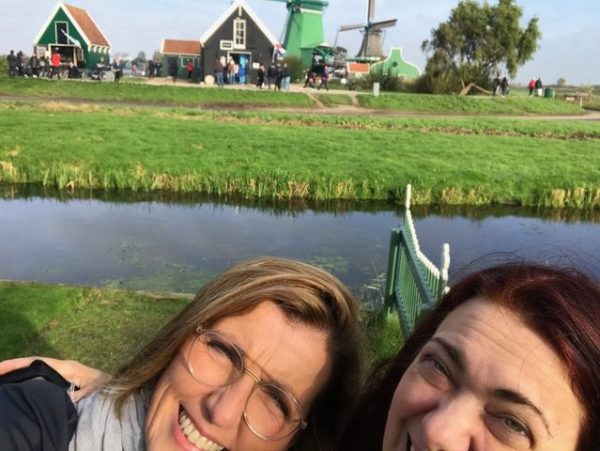 I tellya what.  I’m not big into selfies, but Margaret is a professional.  I love this wonky picture, and the awkwardness (and spending time with Margaret) made me genuinely smile.  We laughed and laughed.  (Photo credit: Margaret Lansink.) 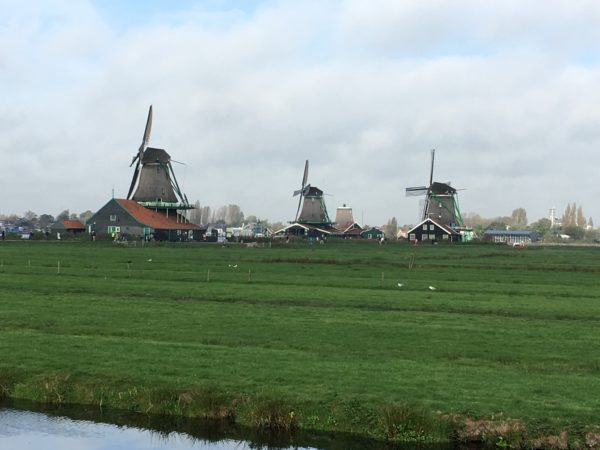 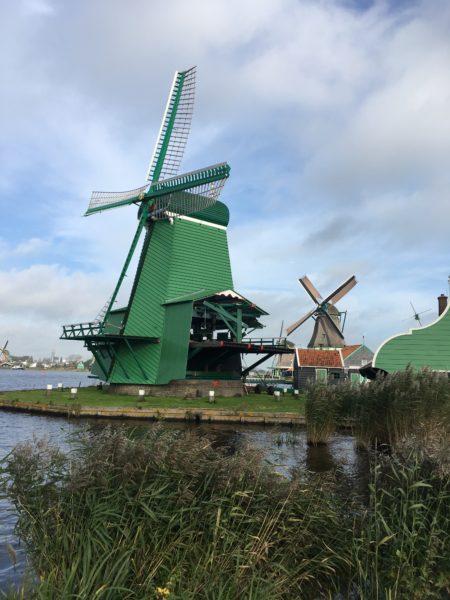 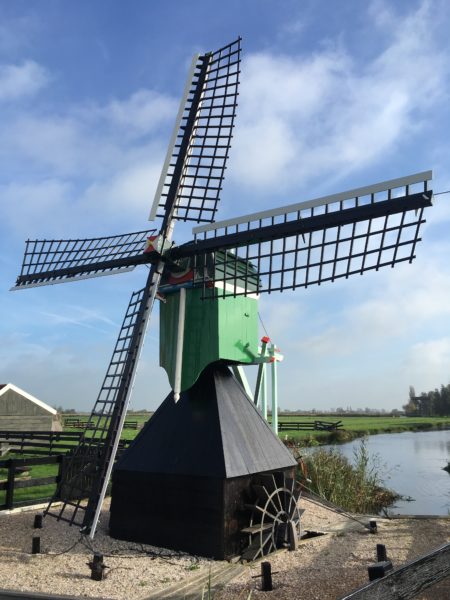 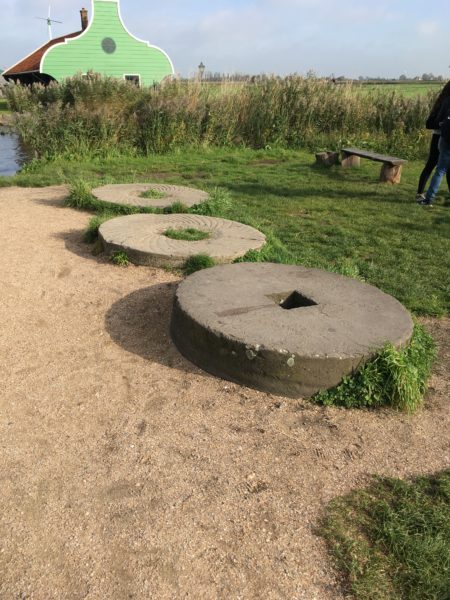 These are the millstones that go inside.

The mill part of the windmills is a really cool thing.  I had to explain that the windmills I was used to are these tall, rickety wooden things that pump water out of the earth.  You could easily knock one down with your car.  You should try it.  But these mills actually grind and cut stuff!  One was grinding mustard seeds and another milling wood.  A third one was milling chocolate and the smell made me purchase stuff.  Dammit. 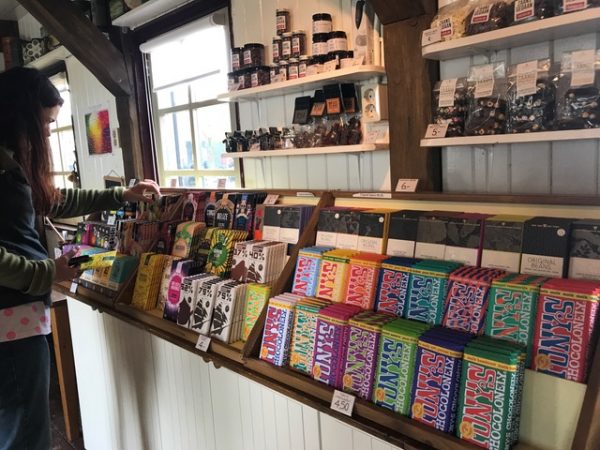 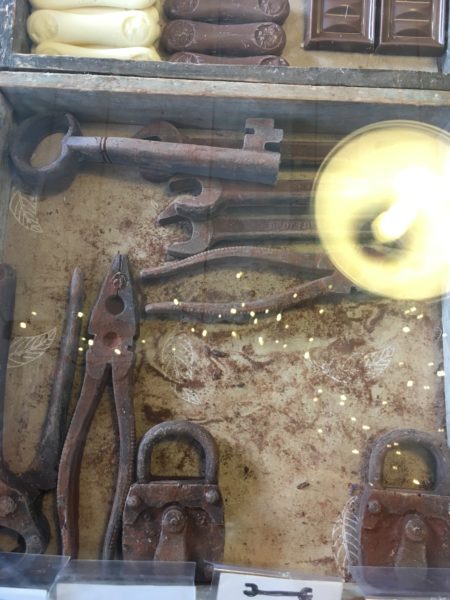 Looks like rusty tools huh?  Nope.  Chocolate at the counter.  Would really be fun to chow down on a set of pliers in front of someone who wasn’t expecting it.

Went back to pick up Rene an head to Amsterdam to see some art.  They decided to take me there in an exciting way.  We parked the car across the bigger canal from Central Station and took a passenger ferry across. 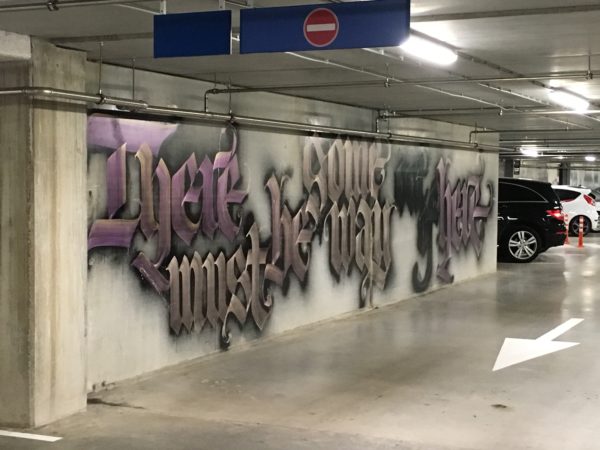 The cool commissioned graffiti in the building we parked in. 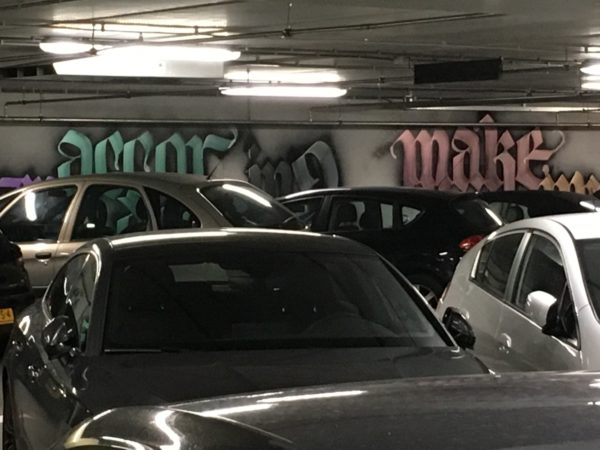 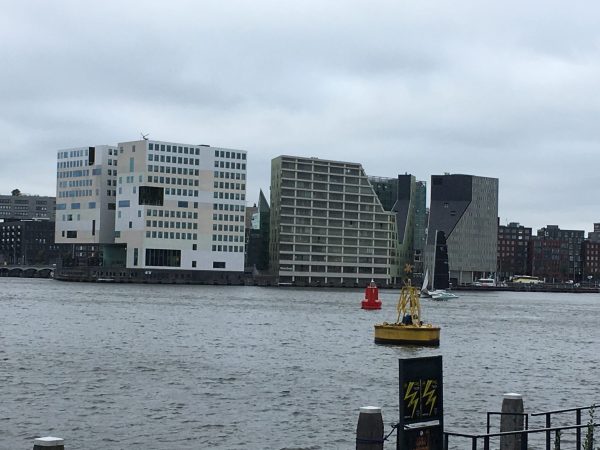 Well designed buildings on the ferry ride over.

We sent Rene on his way to get a couple hours work in and planned to meet him later.  Margaret and I caught the tram over to the Stedelijk modern art museum.  We enjoyed the current shows but weren’t blown away.  I took some pictures of a show that I know my husband would adore. 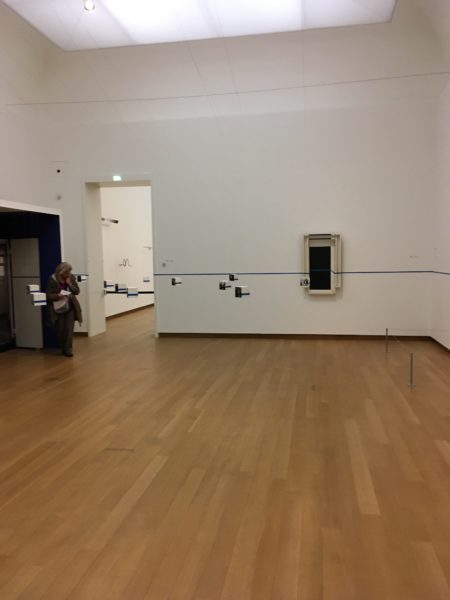 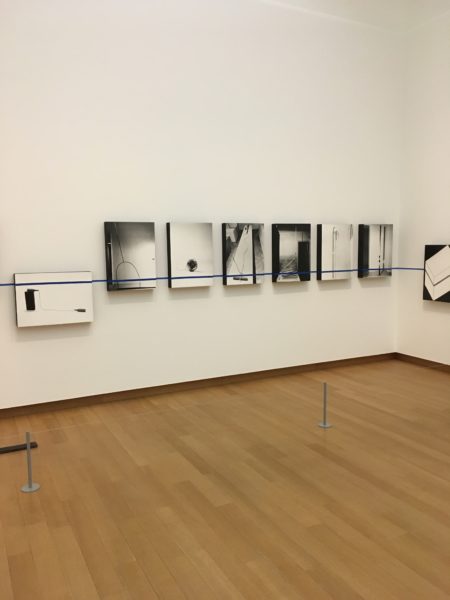 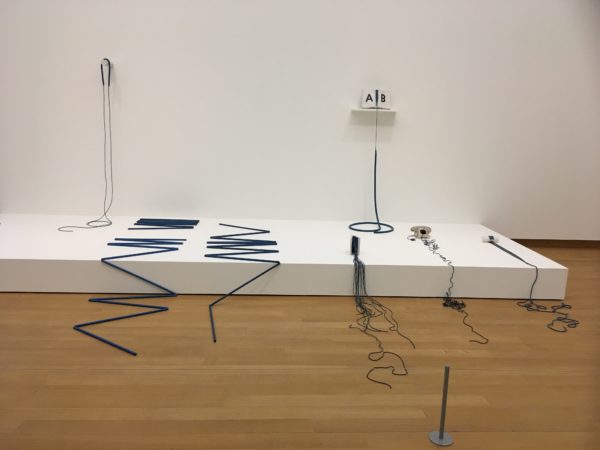 The work reminds me of a lot of the stuff Ryder does.  The artist’s name is Edward Krasinski.

After that we trammed, walked, got glasses adjusted, Margaret bought me some tea, and then we made it to a Dutch pub in the old neighborhood where she and Rene first started dating.  I was really excited to see the cafe where it all began.  What’s more, as they were pointing the location out, the man who ran the cafe then (and still does now) came running across the street to chat with them and see how they were!  Really enjoyed sharing their memories.  Then they spoiled me with a hamburger and we talked about the gun culture in America.  There’s a turn of events huh?  Margaret’s son Bas joined us and I really enjoyed meeting him too. 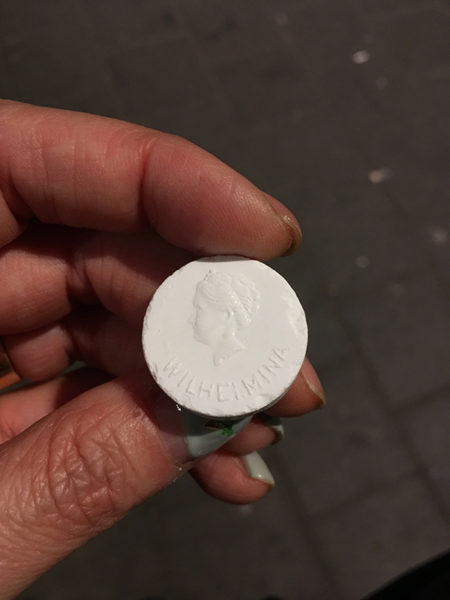 A Princess Wilhelmina mint to top off the evening.  These Dutch people don’t mess around with their mints!

We walked back to the train station and in the end I mourned our parting.  Margaret and Rene shared in one of the happiest times in my life and saying goodbye to them felt like the end of that period.