More interesting stuff from the Netherlands!  This is a combination of Renkum and Amsterdam.  Fair warning – there’s a couple of images in this post that might be seen as slightly NSFW in some circles.  (No nudity or gore though.) 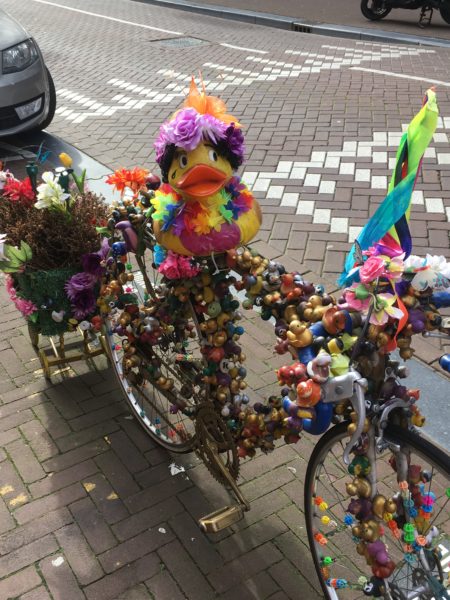 Someone likes ducks almost as much as I like cats. 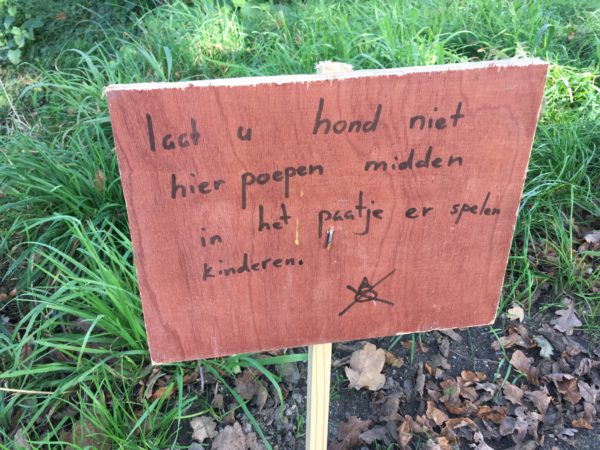 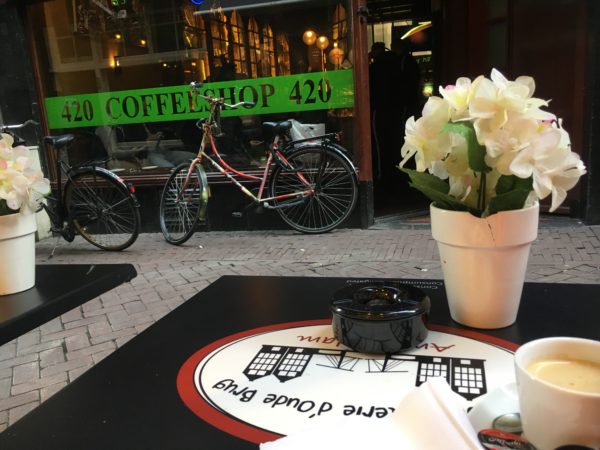 Ok.  So.  What is a person to do when they would like to find a place that sells coffee in the Amsterdam city center?  If you do a search on your map on your smartphone for “coffee shop” or even just “coffee” you get a very different result in the Netherlands than you do… I think… anywhere else.  I just wanted a place to sit and drink coffee and eat a sweet.  Search for “sweet shop?”  Not necessarily gonna get coffee.  Same for “bakery.”  (Sheesh, why didn’t they choose to call these places “bakeries?!”  That makes way more sense.)  Search for “cafe” and you get a place that sells beer and sammies.  I’ve spoken to several Dutch locals about my dilemma in trying to find a place for a coffee and a sweet.  They said maybe search for “coffee and tea.”  This often turns up places that sell coffee and tea for you to take home and make yourself.  The other suggested search terms were “coffee corner” and the Dutch spelling, “koffie.”  Those didn’t work out that well either.  I did finally find a place that sells coffee… across from a coffee shop.  I sat here and watched people.  (If you have absolutely no freaking idea what I am talking about, do a search for Dutch coffee shop, but NOT at work.) 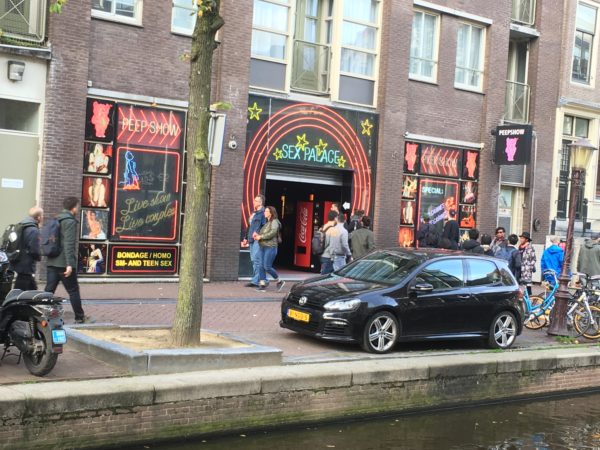 There was nothing noticeable that I passed to let me know that I had entered the red light district during the early afternoon.  It looks just like any other area in the Amsterdam city center except for the storefronts.  The storefronts are different. 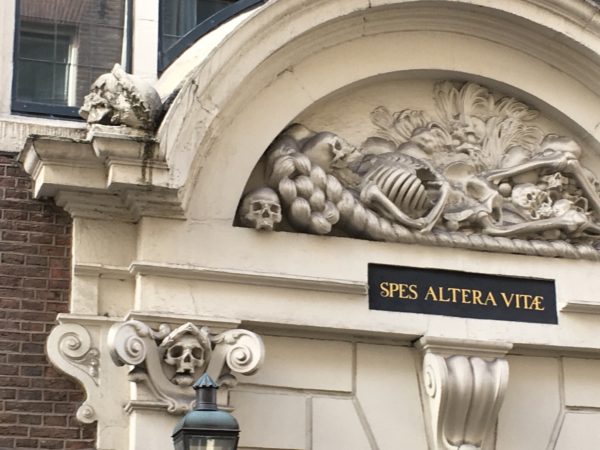 This means, “Hope for another life.”  I think I’ll keep mine, thanks.  Also, not squeezing out any kids.  Oooo maybe this means another cat is in my future!  Ryder!  What do you think?!  I love skeletons and skulls. 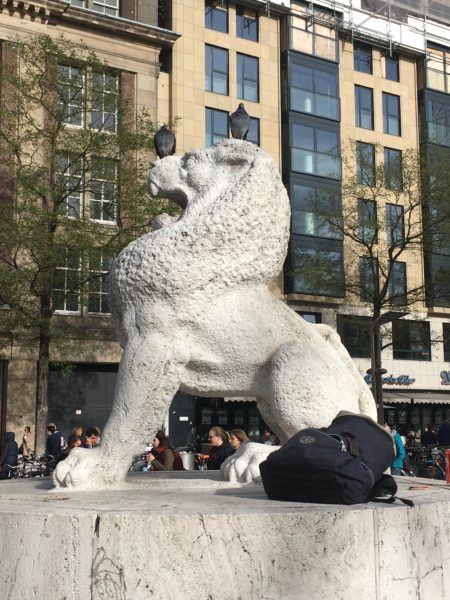 This lion stature cracked me up with the birds on it. 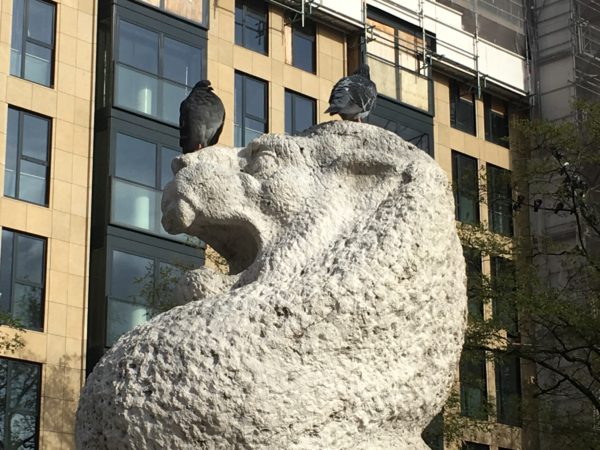 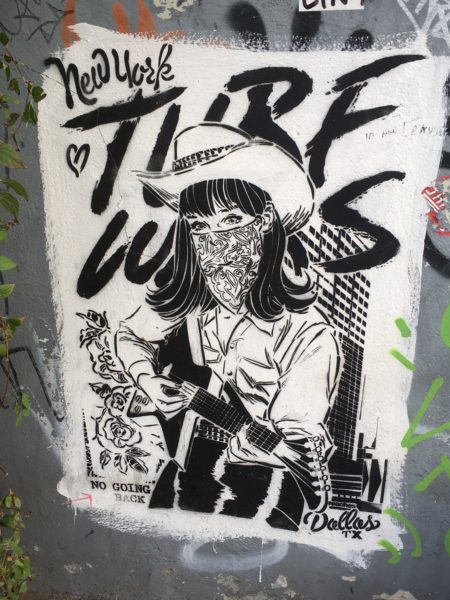 Apparently there’s some New York turf wars happening in Dallas inside of Amsterdam.  I kept trying to tell Ryder that this was me but he kept saying it wasn’t. 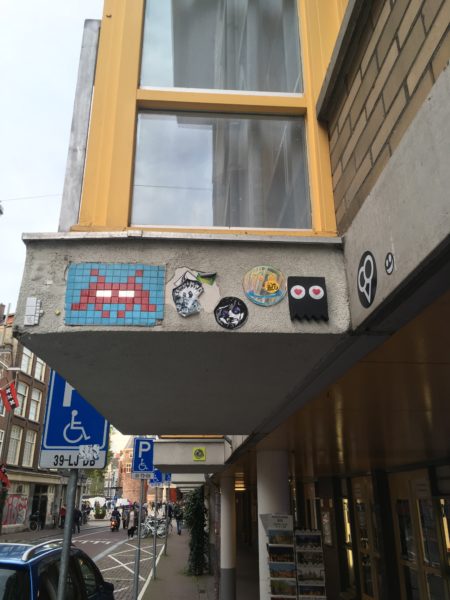 I believe the tiled space invader is by the famous graffiti artist, Invader. 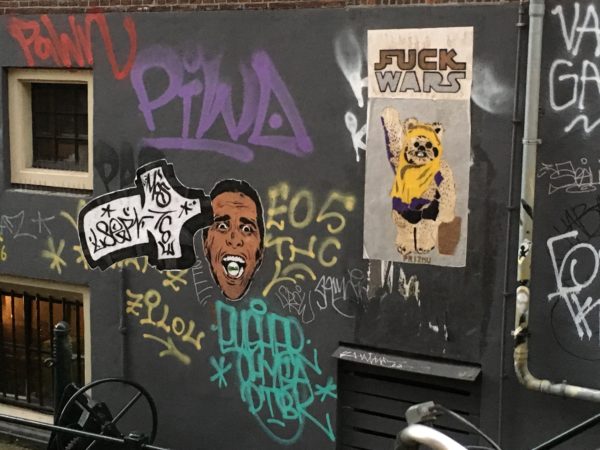 Unusual choice in graffiti.  I mean, is the ewok volunteering? 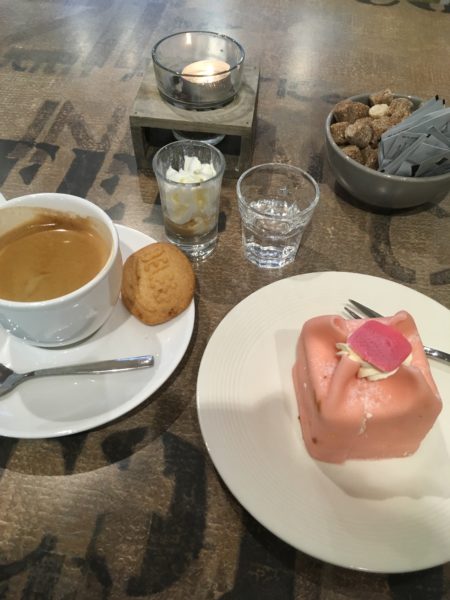 This is my speed right here.  This is from a cafe in Renkum.  I saw this cake at another place in Amsterdam and I believe it’s called a “castle cake.”  It’s a pink marzipan layer over a vanilla cream cake.  Really good.  Also, when you order coffee from a place that sells coffee, they give you a small cup (about 1/3 to 1/2 the size of what you get in the U.S.) of potent coffee (but not espresso) and it comes with a cookie and a single serving of cream.  At this particular place, you get a shot glass of whipped cream too.  I’m not 100% certain about how you’re supposed to consume it but I seem to manage every time.  Also included is a shot glass of water to chase it all down.  Pretty elaborate for just a regular coffee order from a regular coffee place. 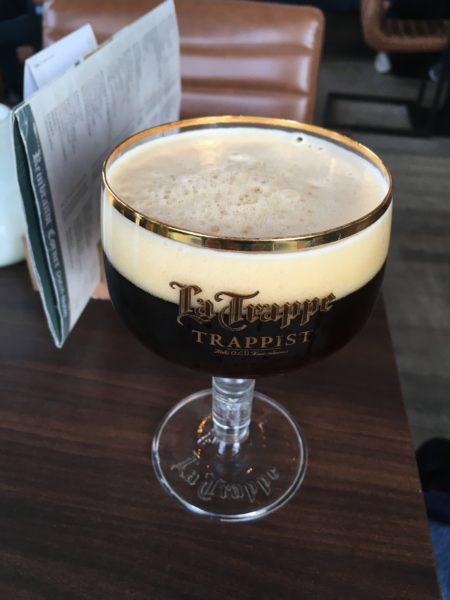 If you mention stout beer here they have no idea what you are talking about.  I went ahead and ordered one of the two dark beers that the waitress had recommended and wound up with a really good Trappist beer. 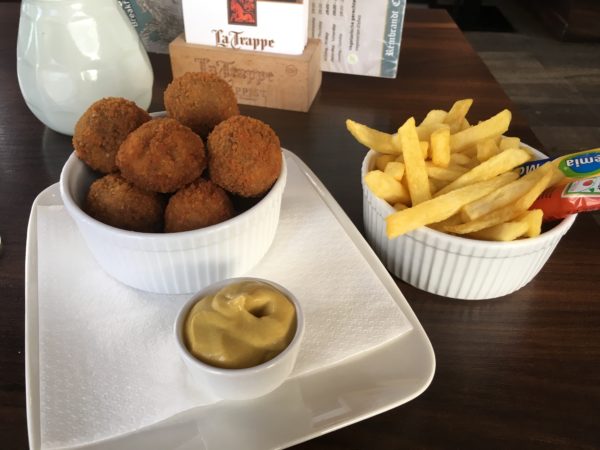 Friends Margaret and Rene had told me to order “bitterballen” at a pub, so I did.  I was glad.  If I hadn’t learned a little about them I never would have orderd something called “bitterballen.”  They are fried balls (not anatomical balls, gross) of veal and I think mine also had cheese in them.  Really good!  A lot of places also serve fries.  Fries are big out here like they are in Belgium. 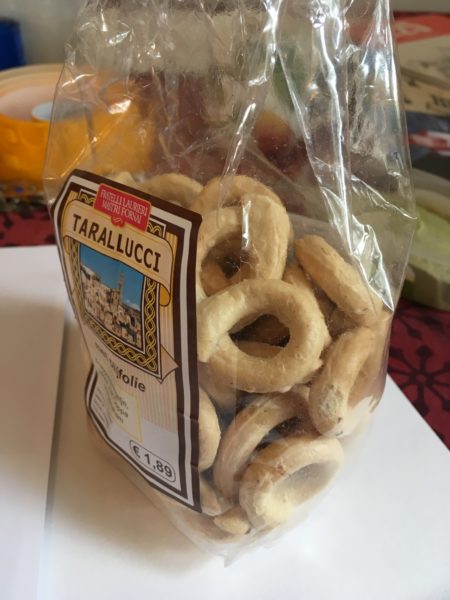 I don’t know what it is about this shape that I love so much (circles, you buffoons), but the design of this product intrigued me.  It’s a cracker.  It’s also really damn good. 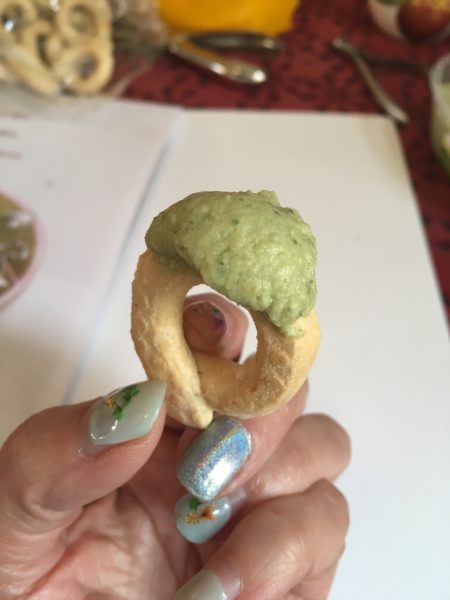 Here it is with tomato basil hummus.  Really addictive. 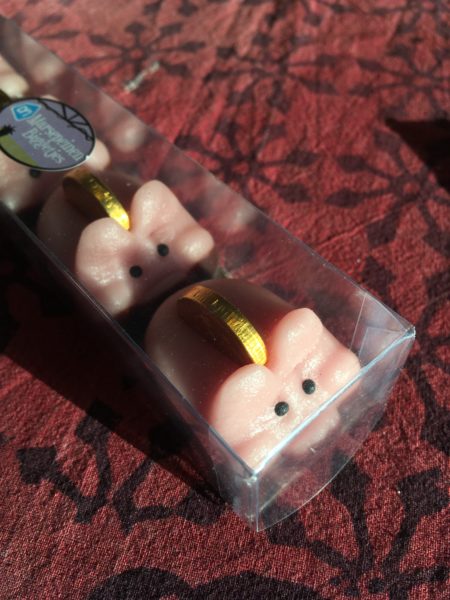 Saw these in the grocery store and had to have them.  Marzipan pigs! 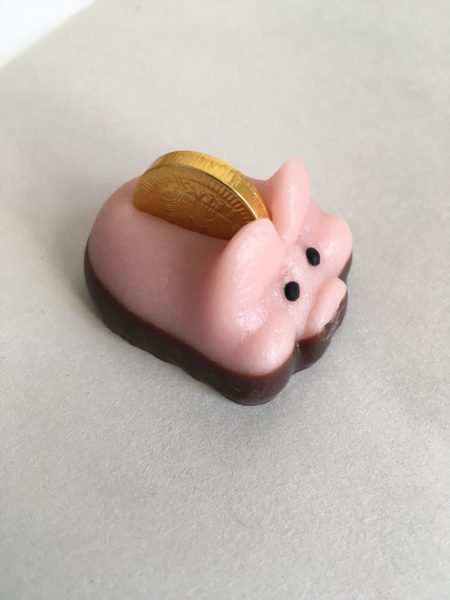 He’s got a gold wrapped chocolate coin crushing his little sweet almond spine.  He’s also been wallowing in chocolate, unless that’s some kind of discoloration from his internal injuries…. he was yummy.

I’ve bought lots of chocolate here.  It’s really cheap at the grocery store and better than any of the major brands you usually find at a U.S. supermarket.  If I have any euros left at the end of the trip they’re going towards chocolate.

That’s all for now!