You should probably go ahead and consider me a Japanophile.  There’s only one problem with that though – I friggin HATE anime.  I hate anime with the power of 1000 suns.  Why, you ask?  Because every semester at the end of the first class I have a line of students clutching their sketchbooks full of hideous anime sketches eager to show me how amazing they are.  (No, future students, this is not a challenge. Do not show me your sketchbook full of anime.  No, really.  Time to grow out of that.  You know you get an F if you turn anything in to me with anime on it, right?)  I am more likely to eat a pile of raw baby sardines wrapped in seaweed than I am to actually like your anime sketches.

There are a couple of exceptions to my burning hatred.  I’ve always loved Aeon Flux and she’s still my all time favorite cartoon character.  But, I liked her before the term “anime” was popular in the US, so she doesn’t count.  The second exception is anything that Hayao Miyazaki does.  The guy is magic.  His storytelling is transcendent.  If you haven’t seen any of his films, I suggest starting with Spirited Away or Howl’s Moving Castle.  His work definitely counts as anime but most will agree that a Miyazaki film is at the top of the anime food chain. 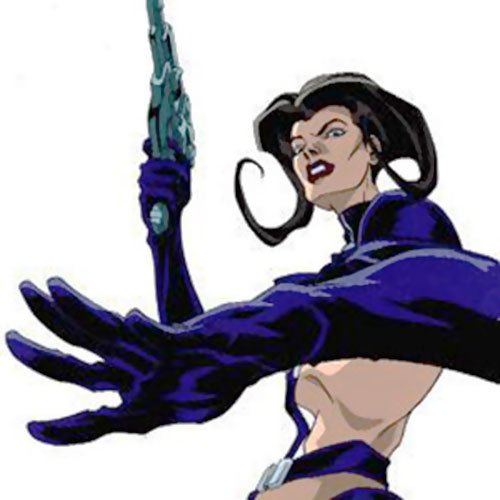 Does this look familiar?

Ryder and I watch a lot of netflix.  In fact, it’s just about the only thing we watch when we’re not staring slack-jawed at the same screen playing video games.  My (our) preferences are action, adventure, comedy, and martial arts movies.  Yeah… soooo… this anime series kept getting rated highly for us by the Netflix algorithm.  It’s called One Punch Man.  I thought we had an understanding, Netflix.  You don’t know me at all.  I give your algorithm a grade of F.  Ryder was in control of the remote on this particular evening and he was shuffling through things to watch.  He stopped on One Punch Man and everything happened in slow motion from there.  My eyes shifted from the remote… to Ryder’s face… to the tv screen… and back to the remote.  A select button was pushed.  A deep moaning, “Nooooooooooooooo” escaped my lips.  The loading screen mocked me.  Ryder turned to me and sneered as a demonic, “WHA HA HA HA HAAAAAA” from the pits of his dark soul filled the room.  Bile filled my throat and I was sure I would be hospitalized by the end of the night. 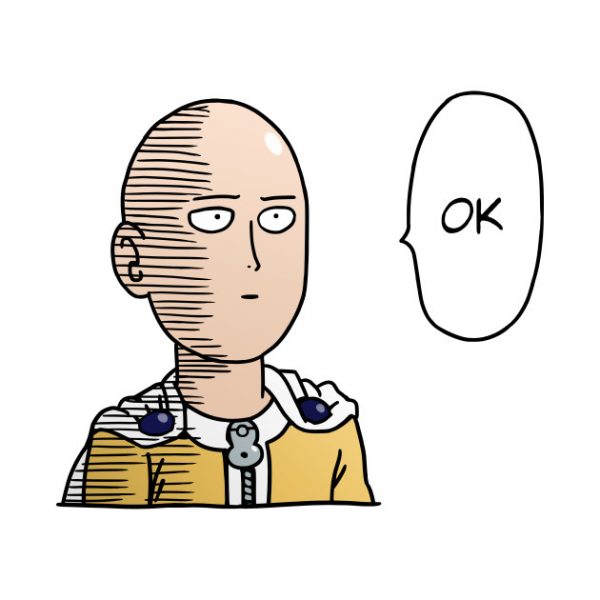 Resigned to my fate, I watched.  I… have a confession, readers.  I LOVED it.  And in my defense, One Punch Man is a parody of anime and consequently, this is how I justify liking it so much.  Do yourselves a favor and just watch the first episode so that you can understand why it’s so wonderful.  When Saitama (that’s One Punch Man’s name) explains how he acquired his superpowers, he lists off a series of activities: Do 100 push-ups, 100 sit-ups, 100 squats, and run 10k a day until your hair falls out.  Watch here. 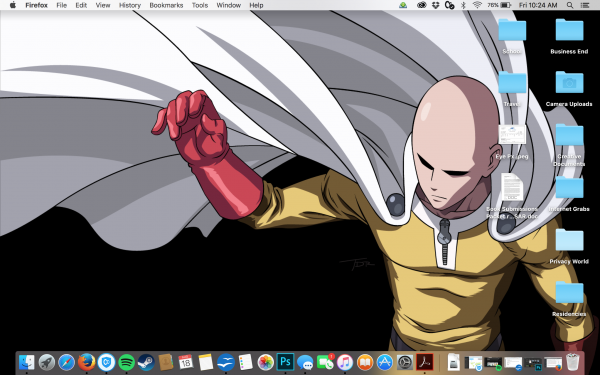 My desktop wallpaper.  I’m not proud.

People have started doing the “Saitima Challenge” on youtube.  This guy did it hard core on the first day and couldn’t get out of bed the next.  I’m not terribly interested in that kind of insanity (at first at least) but I started my Saitama workout yesterday.  I’ve done 20 of each and plan to increase daily.  I don’t intend to do 100 of any of these things in a row nor do I plan to do all 300 exercises in one stint either.  Rather, I will do them in increments throughout the day.  I’m going to tell you people this right now though: There is no way in hell I am running 10k.  I’m not even running 1k.  I freaking HATE running about as much as I hate anime and there are no exceptions.  I’m walking every day though, biking too.  Grand total each day is probably closer to 5k.

So I figure if I share this with you all it’ll keep me honest.  I really do want to start a new health routine.  I thought I’d be eating healthier but there are just too many Japanese sweets around. 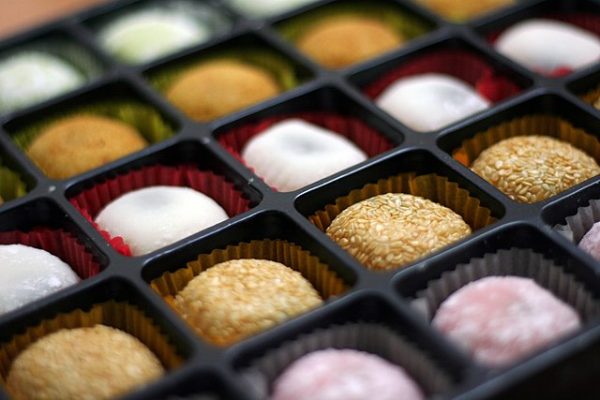