Things are coming to a close here and I have very mixed feelings about it.  Ryder is finally here so I’m really happy.  I have two and a half days left in Onishi so I’m sad.  That means there’s 7 days left of the Japanese leg of the trip.  I’m on day 40 of 80 and I feel like things are moving too fast now, especially the last days here in Onishi.  This is a big art weekend at the brewery (it’s a big complex that once was a sake brewery but is now where all things art takes place) and we have lots of activities scheduled.  I may actually take some video!  I’ll be busy packing and cleaning and saying goodbye which stresses me out a little.  Need to write a light post today.  Anyway… just airing some thoughts.  Let’s look at some weird and cool stuff. 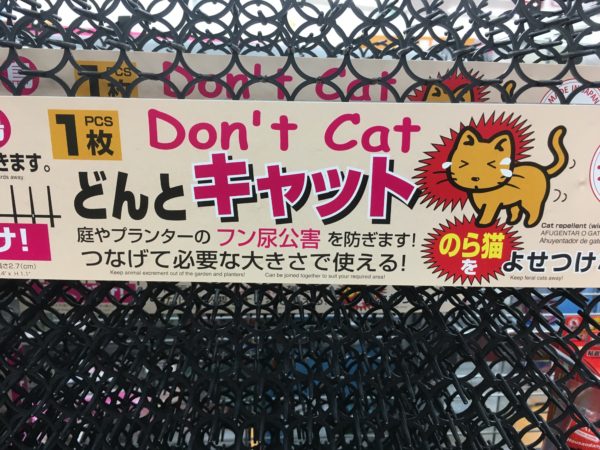 I tell my cats not to cat all the time.  It doesn’t work. 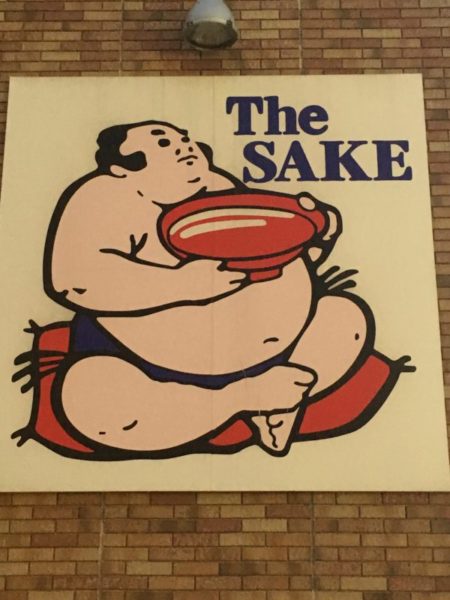 This is a sign for a liquor store.  Actually more cool than weird depending on your taste. 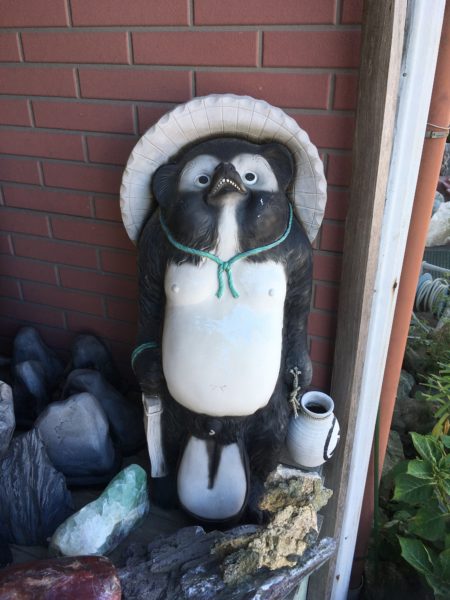 This is Tanuki.  He’s a raccoon.  Those are his balls. 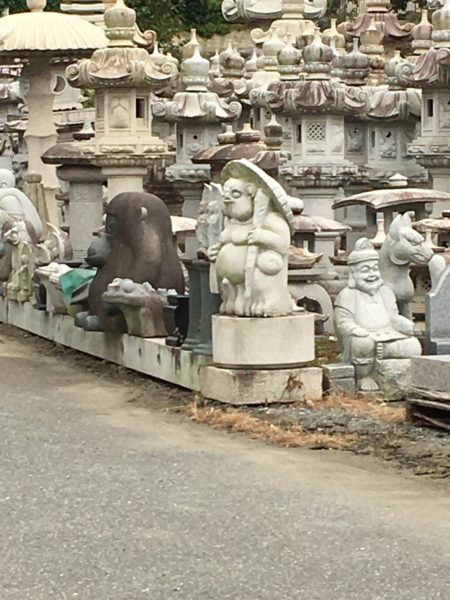 There’s another Tanuki at the stone dealer.  He’s… got a little more going on.  No idea how Japan finds this acceptable to display in public… everywhere.  They’re usually so weird about sexuality!  But really, this statue isn’t about sex.  I know.  No really.  His balls have something to do with money.  I know.  I’m not kidding.  It has something to do with the practice of using raccoon ball sack skin in between layers of gold when hammering the gold into gold leaf.  I can’t make this stuff up.  Read all about it here. 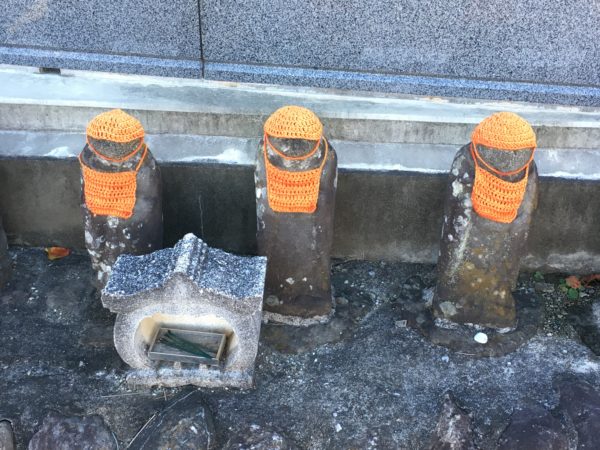 These are little statues of a god (whose name I can’t remember) at a cemetery.  He’s the protector of children and pregnant women.  I don’t want to think about why he’s in the cemetery.  Evidently people knit him red hats and bibs as gifts.  The rituals in the graveyard are many. 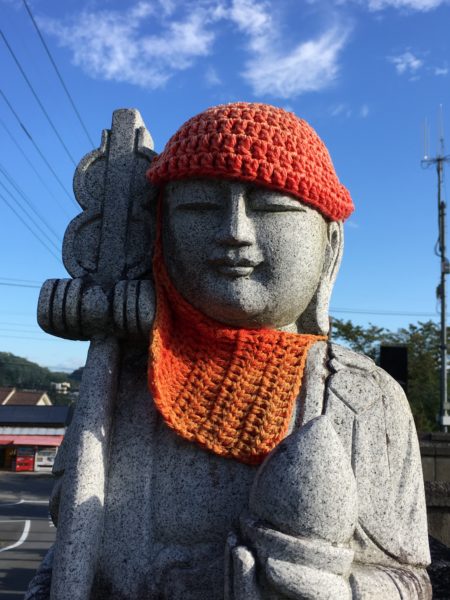 Here’s a bigger one. 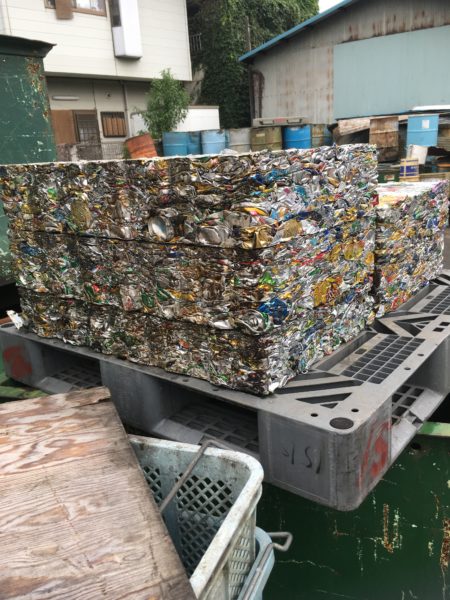 About 8 houses down from where I’m staying is a recycling plant.  These are the cubes of aluminum they crush. 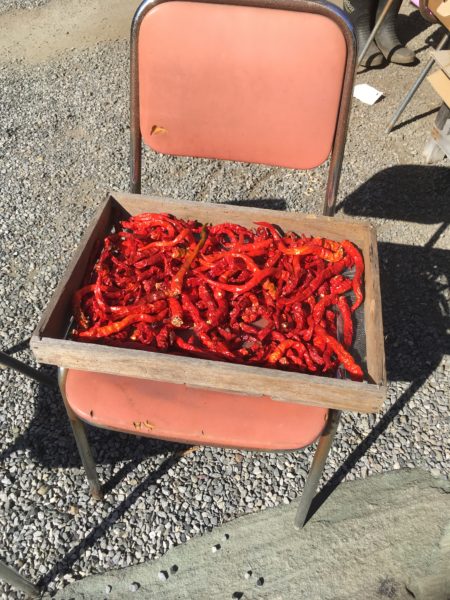 A neighbor a couple of doors down very actively processes food and flowers from his garden. I always greet him when I pass by.  He gave me flowers one day. 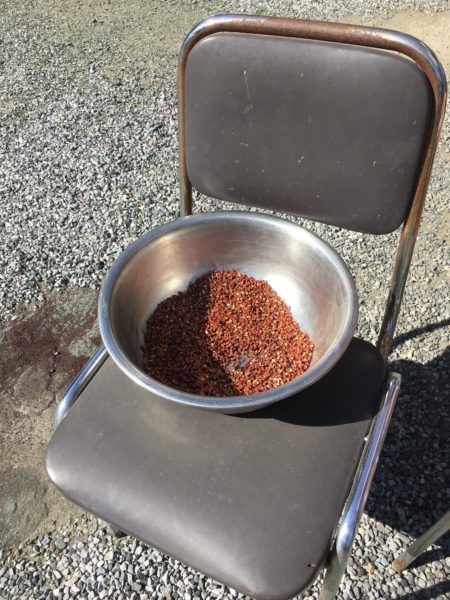 Seeds from the peppers, maybe. 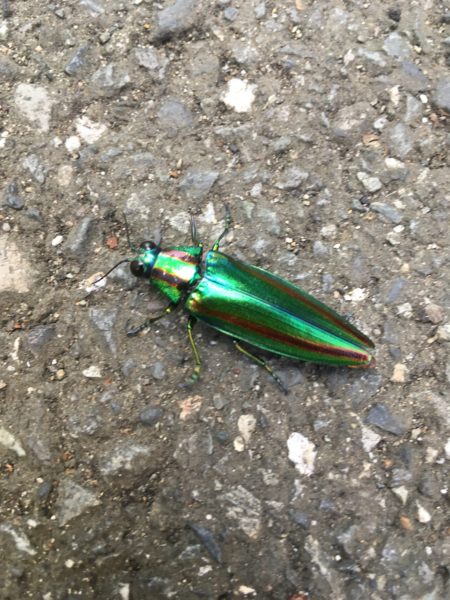 This is a jewel bug.  He’s about an inch and half long.  I’ve seen two during the trip, or maybe I’ve simply seen him twice (well, perhaps 3x).  This is him, upright, perfectly healthy and alive. 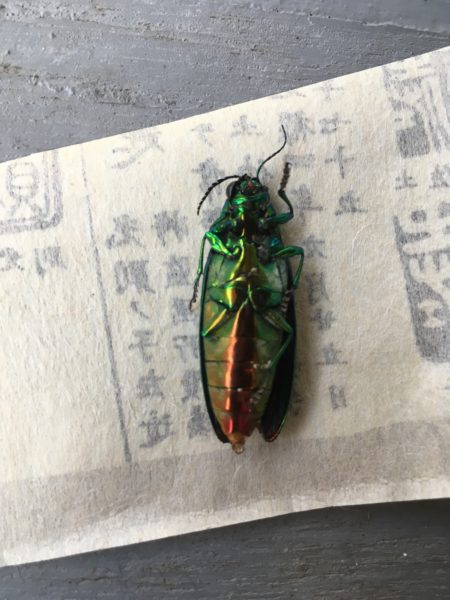 The next day in about the same spot on my bike path I found him dead.  I got past my squeamishness and picked him up to give him to my friend Mina.  She said that these bugs bring wealth and usually they hang them as charms somewhere.  He’s magnificent.  He looks like he’s waving hello in his wretched state. 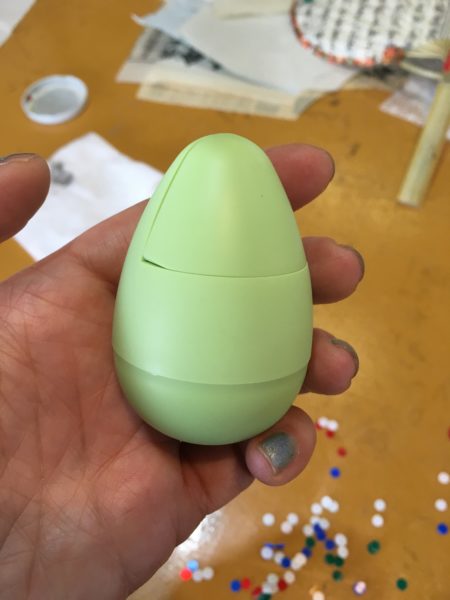 This is a plastic egg that once had a Gudetama wrapper on it.  (Will show you in an upcoming post about kawaii.) 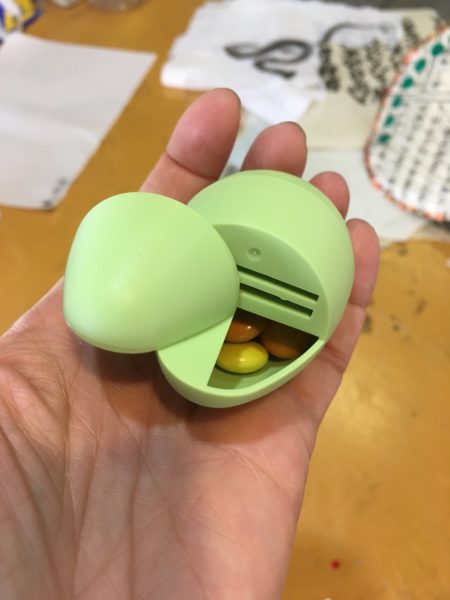 Inside there are M&M type chocolate candies.  I’m fascinated by the sliding mechanism used to open the egg.  That’s a lot of trouble for a handful of candy. 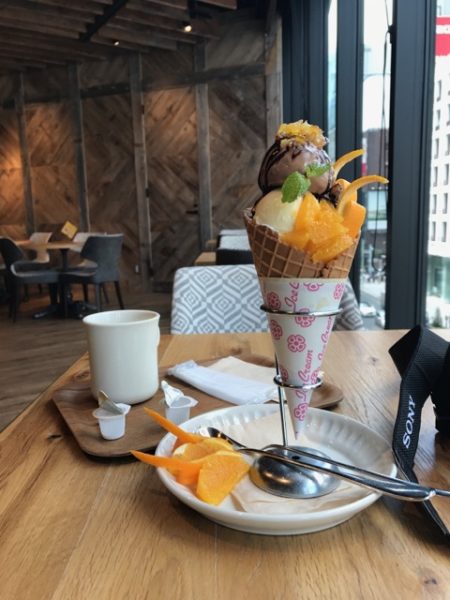 This was Ryder’s second breakfast on his second day in Tokyo.  I hope to eat something similar and tell you all about it here.