I guess I always have liked weird stuff, though I can think back to a time where I wouldn’t eat seafood, tomatoes, soup, or that no man’s land of space on the plate where the plain white rice shamelessly intermingled with the lightly salted peas like dirty hippies in the 60’s with all the free love and shit.

Fortunately, I got over that in high school once I could drive and go eat Chinese food with my friends.  It took a long time for me to warm up to tomatoes and soup though, and I didn’t decide seafood was edible until I had moved to Seattle in the late 90’s.  That’s actually where a taste bud revolution took place for me, prompted by my beloved former employers Hai Lan and Qiang Cao at Wedgwood Acupuncture.  They introduced me to so many new things, and while I didn’t like everything I ate, I became open to trying almost everything. There are still a few things I still won’t touch.  For instance, I am more likely to contract Japanese encephalitis than I am to eat a pile of raw baby sardines wrapped in seaweed.

It’s about unusual things I’ve found thus far.  Weird things.  Cool things.  Things I don’t understand.  Things that simply had to be mine because of one of the above reasons. I suppose as an artist I’m always looking for unusual things that tickle my brain, particularly objects or items that combine two unexpected ideas together.

(To make up for my text heavy first post, I’m going to go image heavy here.) 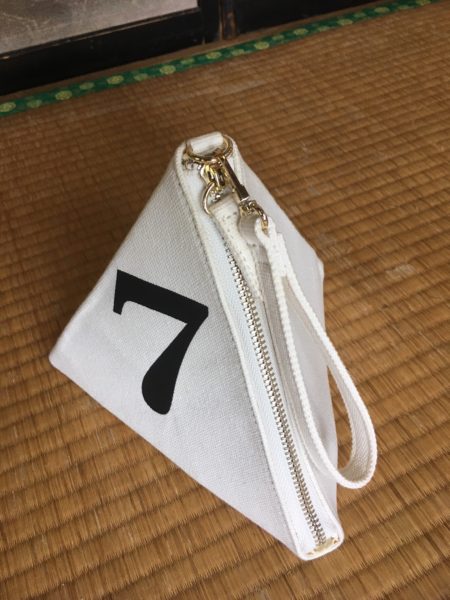 Canvas No.7 Pyramid Bag.  It’s very small, but keys, phone, and wallet could fit.  You know… for all those nights I go clubbing. 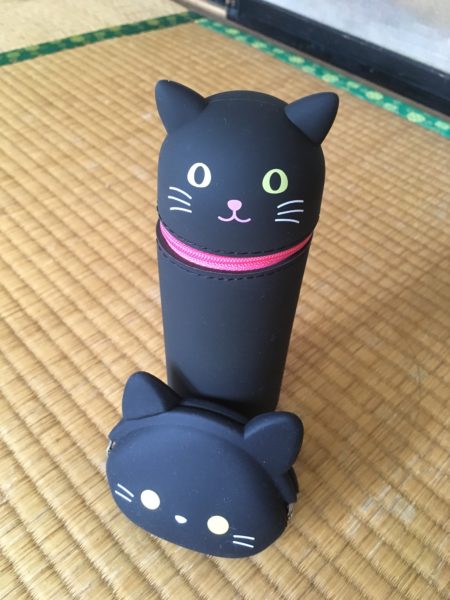 Silicone cat containers!  Coin purse and pencil case.  They are black cats.  Of COURSE I had to have them. 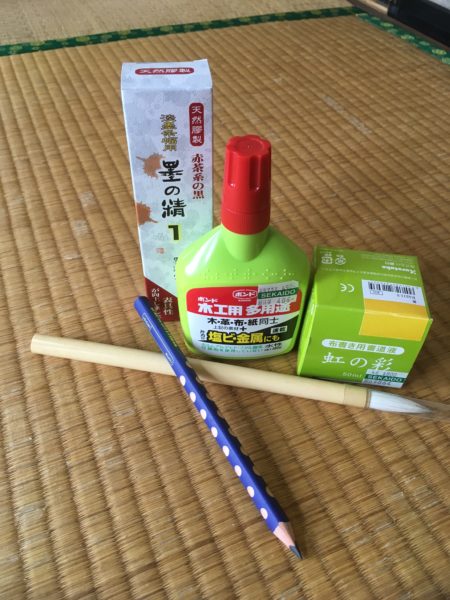 Drawing supplies!  I had to use a Japanese translator app to figure out what I was buying. 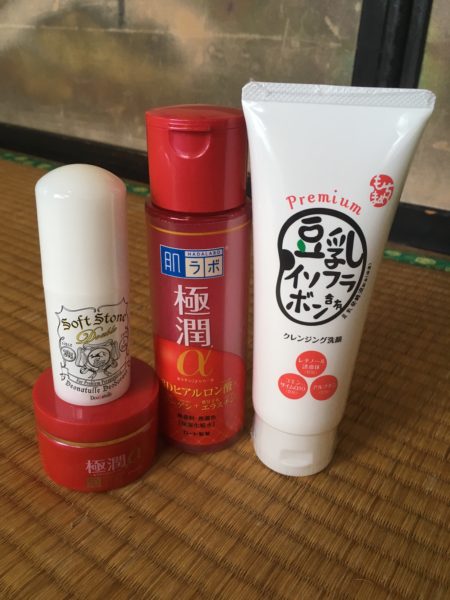 Skin care products.  Also used my translation app.  I will show you how that works in a future post. 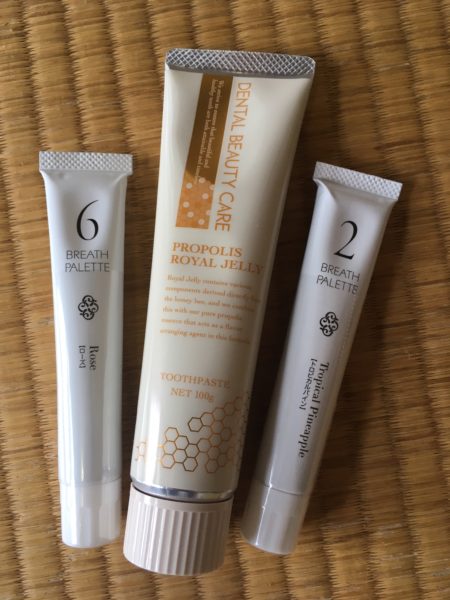 WEIRDO toothpaste!  Bee goo toothpaste!  And breath palettes!  Rose and pineapple!  WTF do I do with these?  No idea!  I sure like looking at them though! 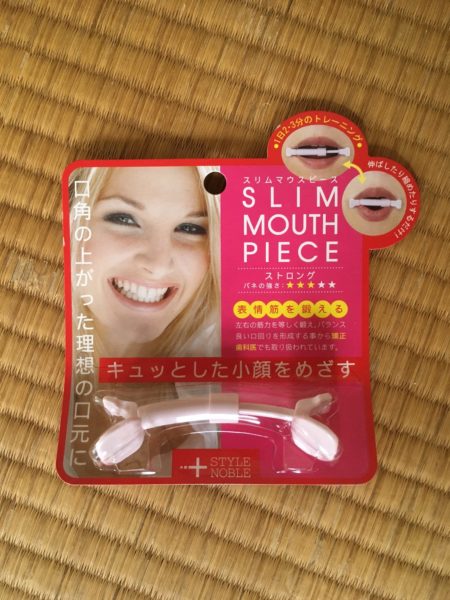 It’s a mouth squeezie for old ladies to exercise their faces!  I know you’re gonna wanna see this in action.  We’ll see.  I’ll have to find an old lady. 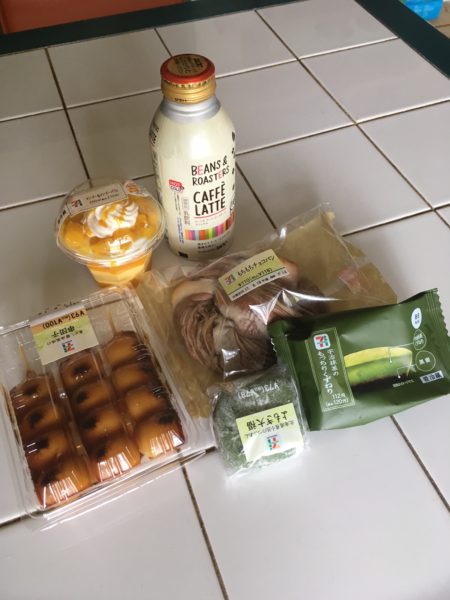 This was yesterday’s breakfast.  It was from 7-Eleven.  Some familiar-ish, some brand new to me! 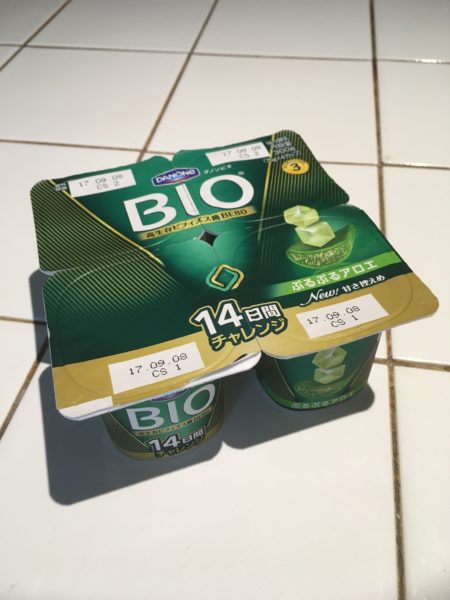